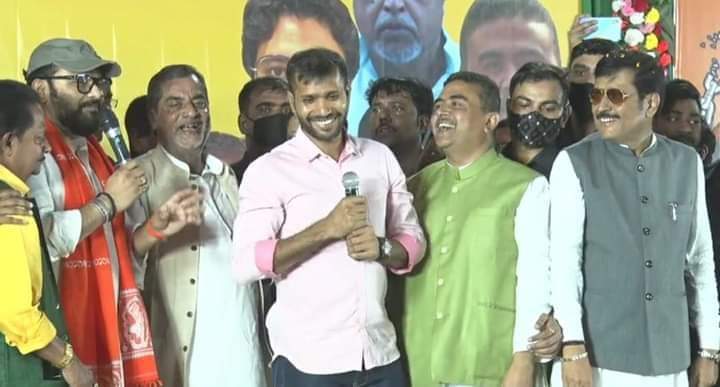 Kolkata/IBNS: Within hours of the joining of his ex-teammate Manoj Tiwari in the rival camp, former Indian cricketer Ashok Dinda joined the Bharatiya Janata Party (BJP) in poll-bound West Bengal on Wednesday.

The former pace bowler, who had represented the national team, Bengal and a number of franchises in the Indian Premier League, retired from all forms of cricket on Feb 2.

Earlier in the day, Indian cricketer Manoj Tiwari joined the ruling Trinamool Congress in presence of party supremo and West Bengal Chief Minister Mamata Banerjee at a rally in Hooghly.