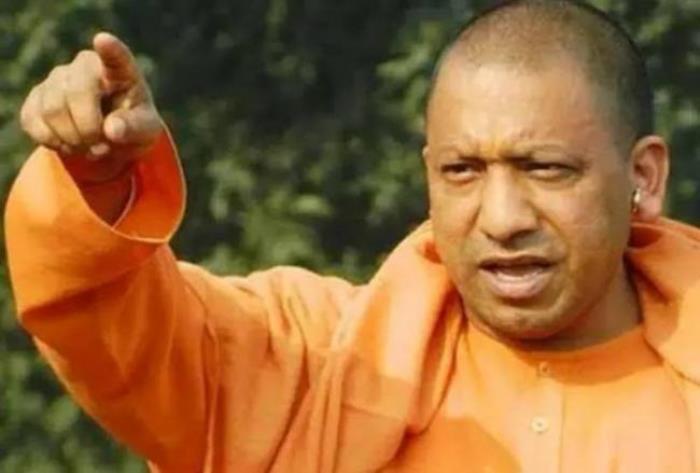 To criticise agri-bills is nothing short of a sin: Yogi Adityanath

Lucknow/UNI: Reaffirming his government's commitment towards the welfare of farmers under the leadership of Narendra Modi government at the Centre, Uttar Pradesh Chief Minister Yogi Adityanath on Wednesday launched a frontal attack on the 'vested political interests' who according to him are misguiding the innocent farmers in the name of protest.

"Our work during the last four year has been the testimony of the fact that the state government in Uttar Pradesh has spared nothing to ensure the incomes of farmers doubles by ascertaining they get the best price of their produce and get proper market,'' he pointed out while speaking on the thanks motion in the state assembly on the Governor's address to both the houses here on Wednesday.

He came down heavily on the opposition party leaders saying what they had done to farmers remained no secret. "In furtherance of their vote politics, the opposition parties have only 'used' the poor farmers and are now blocking their progress for which the Centre and the state had already paved way'' he asserted.

Making a sweeping remark on the ignorance of opposition about the positives of the farm bills, the UP CM said: "They are the ones who do not understand the difference between MRP and MSP as well as between Cane Field and Mango Field."

Adding, he said " it is nothing short of a sin to oppose these bills which are meant for the welfare of farmers.''

He said the farm laws would be proved as a 'boon' for farmers and have every ingredient to become a 'milestone' in the times to come.

CM Yogi said that new agriculture laws came into being in June 2020 and since then no mandi had been closed, contrary to the misinformation campaign unleashed by the opposition just for the sake of opposing the ruling dispensation at the Centre and in the state.

"Why would we modernise the mandis if we had any plan to close them. In fact, the state government has been developing 27 mandis as the modern kisan mandis and ripening and cold storage facilities are being provided in 24 mandis,'' he informed.

He said it had been reaffirmed by the Centre and the state that MSP would stay, the middlemen to be shooed away, land would remain with farmers, the agreement would be on the produce not on land.

He asserted that the laws would further simply the agri-trade for the betterment of farmers as the contract farming would provide more benefits to them under the provisions of new laws.

The CM said that it was his government that ensured all 119 sugar mills continue to operate during the Covid time. As much as 31 crore quintal of sugarcane was crushed during this period and payment to the tune of Rs. 5954 crore was made to cane farmers, he added.

He also mentioned that his government reduced the mandi fee and purchased wheat besides registering a record purchase of paddy in the state.

He said the state government made a record payment of Rs 1.24 lakh crore to 45 lakh cane farmers so far.