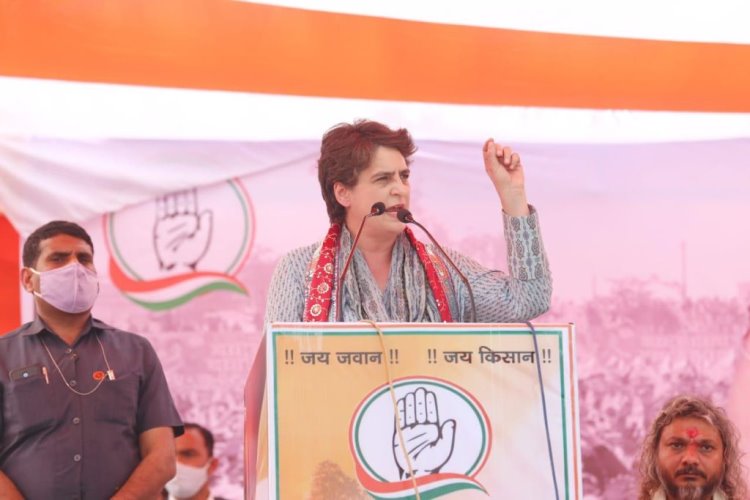 The woman is originally from Rajasthan, where the Congress is in power.

The woman's daughter was allegedly raped in Bharatpur in Rajasthan.

She lives with relatives in Mathura and decided to go to the Congress rally after hearing Priyanka Gandhi would address the same.

The Congress leader was on stage, addressing the farmers' meeting when her speech was interrupted by the woman's slogans.

Priyanka Gandhi then spoke to the woman and took her aside.

She also called Rajasthan Chief Minister Ashok Gehlot from the spot and asked him to help the rape survivor.

"These tears will be seen neither by the media nor Priyanka-ji because this mother's innocent child was raped in Rajasthan and she had to come to UP for Priyanka Gandhi's rally. There are maximum rapes in Rajasthan but Rahul Gandhi and Priyanka Gandhi don't go there, either to raise issues or give justice," tweeted Shalabh Mani Tripathi.