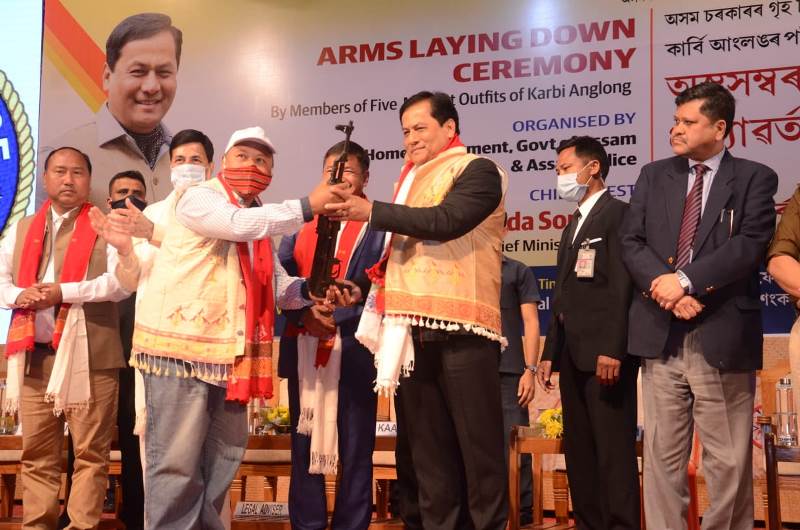 1040 militants of five outfits surrender before Assam CM in Guwahati

Guwahati/IBNS: A total of 1040 militants of five different outfits based in Assam’s Karbi Anglong and West Karbi Anglong district on Tuesday laid down their arms in Guwahati.

Earlier on January 23 last year, a total of 644 militants of eight militant groups laid down their arms in Guwahati.

According to the Assam police since 2016, over six thousand militants from different militants groups had surrendered and deposited 1034 numbers of arms, 17728 rounds of ammunition, 513 grenades, 77 IEDs, 5373 detonators, 111 kg explosives and around Rs 74.54 lakh in cash.