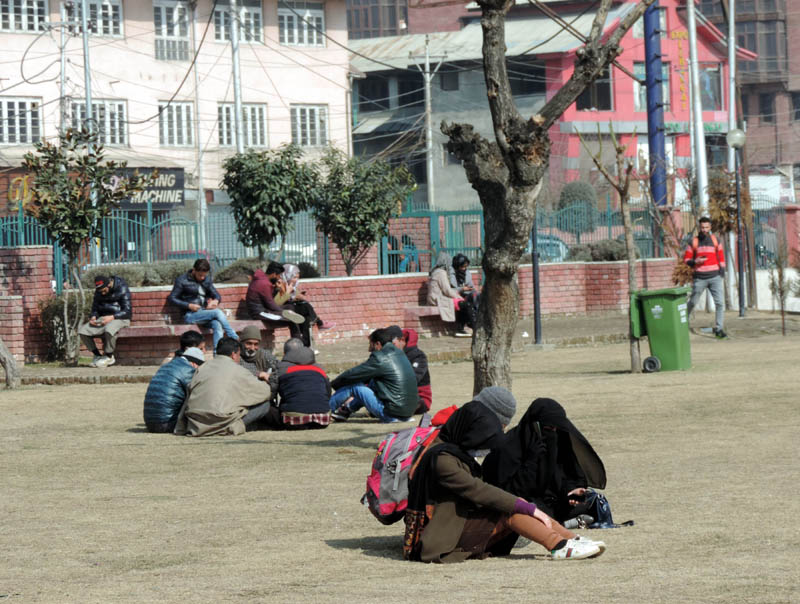 Srinagar/UNI: Pakistani wives of surrendered Kashmiri militants, who came here under J&K government’s rehabilitation policy via Nepal, on Tuesday protested in the summer capital, Srinagar, demanding travel document so that they can go back to their home country or deportation.

Scores of these protestors assembled at Press Enclave in the city and appealed to the Centre and state administration to either grant them travel document or deport them to Pakistan.

Holding placards and banners, which read, ‘we want justice’, ‘we want travel document to go back to Pakistan’, besides other slogans, the protestors urged the Centre to take up their cases urgently on humanitarian basis.

“We want the Government of India to allow us to return home to meet our dear ones. We have knocked almost all the doors but don’t know why our voices go unheard. The government has rejected us as citizens and it makes no sense for the authorities to stop us from deporting us back to our residential places,” the protestors said.

They said that the Centre should at least allow women, whose husband have died or have been divorced, to go back to Pakistan as they are facing hardships and finding it difficult to survive.

Hundreds of Kashmiri men, who had gone to Pakistan for arms training in 90’s and early 20’s came back with their wives and children in 2010 following a rehabilitation policy introduced by the then chief minister Omar Abdullah.