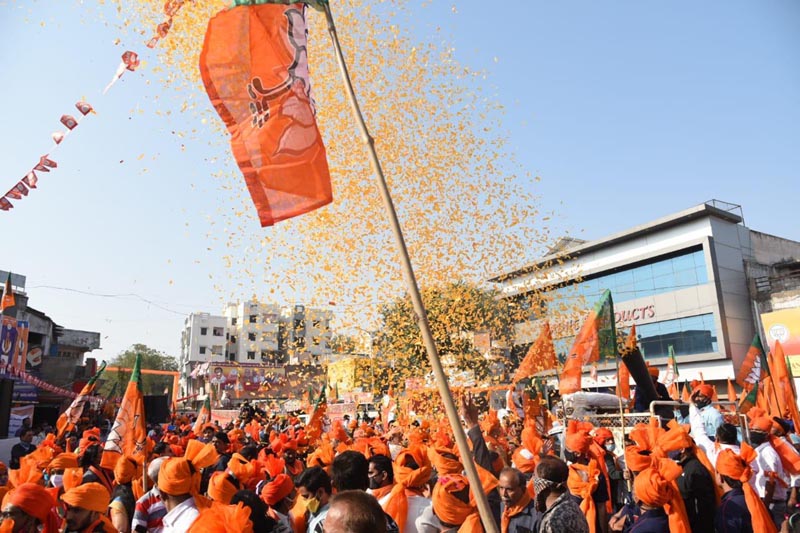 Ahmedabad/IBNS: The country's ruling Bharatiya Janata Party (BJP) is all set to sweep the civic polls in six municipal corporations of Prime Minister Narendra Modi's home state Gujarat as the counting of votes are underway.

As per the last reports by NDTV, the BJP is leading in 255 of total 576 seats across the six corporations while the Congress in 45.

The polls were held in cities Ahmedabad, Bhavnagar, Jamnagar, Rajkot, Surat and Vadodara.

Gujarat, which is also the home state of Union Home Minister and BJP strongman Amit Shah, was run by the saffron party under Chief Minister Modi from 2001 to 2014 until he was elected as the Prime Minister.