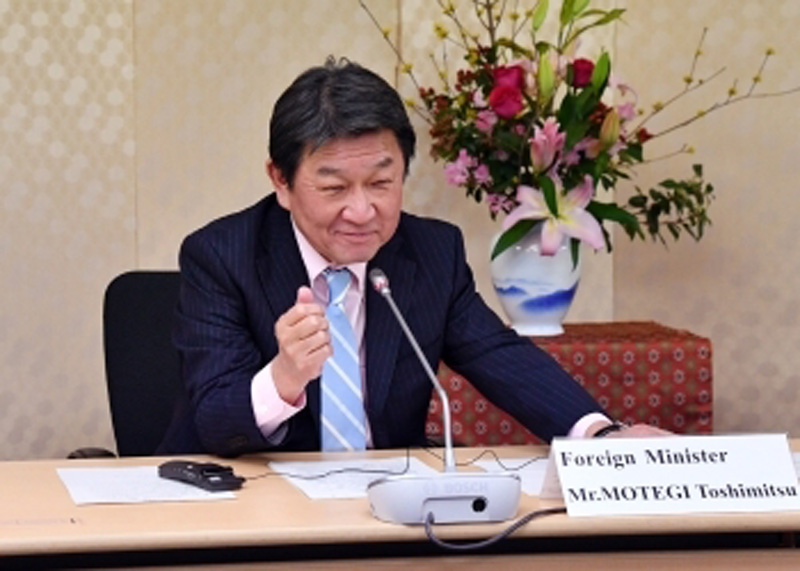 He made the comment while participating in the telephonic conversation with Ministers of Australia, India and the U.S.

During the meet, the four Ministers concurred to strongly oppose unilateral and forceful attempts to change the status quo in the context of the East and South China Sea, read a statement issued by the Japan's Ministry of Foreign Affairs.

The four Ministers confirmed the importance of promoting the vision of a "Free and Open Indo-Pacific" together with more countries for the realization of the vision.

They also shared the view in further deepening engagement and cooperation with ASEAN, the Pacific Island, and European countries.

In this regard, the four Ministers reaffirmed their strong support for the "ASEAN Outlook on Indo-Pacific", which is ASEAN's proactive efforts, and ASEAN's unity and centrality as well as the ASEAN-led regional architecture.
They also welcomed proactive efforts by other countries including those in Europe toward a "Free and Open Indo-Pacific."

Foreign Minister Motegi expressed grave concern for deteriorating situation in Myanmar, and explained that Japan was strongly urging the Myanmar military to immediately stop violence against citizens including shootings, release those who have been detained including State Counsellor Daw Aung San Suu Kyi, and swiftly restore Myanmar's democratic political system.
The four Ministers shared the view on the need to recover the democratic regime early.