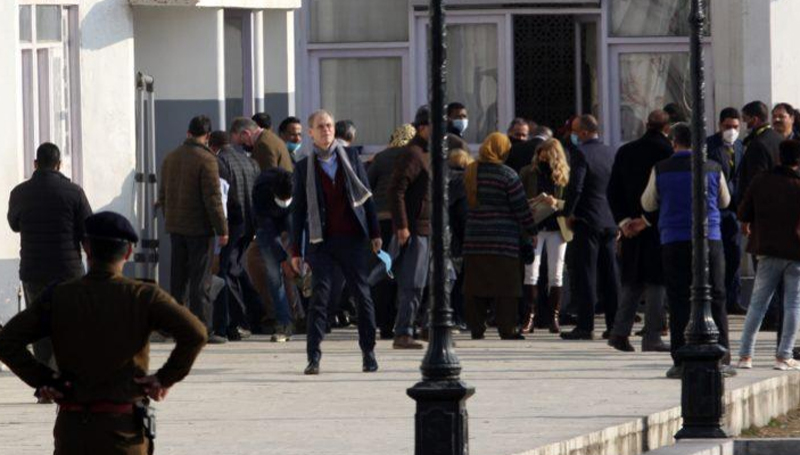 Srinagar: The foreign envoys, who are currently in Jammu and Kashmir, recently visited the holy Hazratbal shrine on Wednesday.

It is the only holiest and the only domed mosque in Srinagar city.

Sources told ANI the envoys were received by the Imams of the shrine and were briefed on its historical significance as the holy relic of revered Prophet Muhammad is preserved in the mosque.

A delegation of envoys from 23 countries arrived in Srinagar on Wednesday beginning their two-day Jammu and Kashmir visit to assess the situation after the abrogation of the special Constitutional position of the region.

The envoys arrived at the Srinagar International Airport at around 10 am and later visited Magam in Budgam where they met various panchayat representatives.

The envoys were later briefed on panchyati raj and grievance redressal through the “Back to Village” programme of the government.