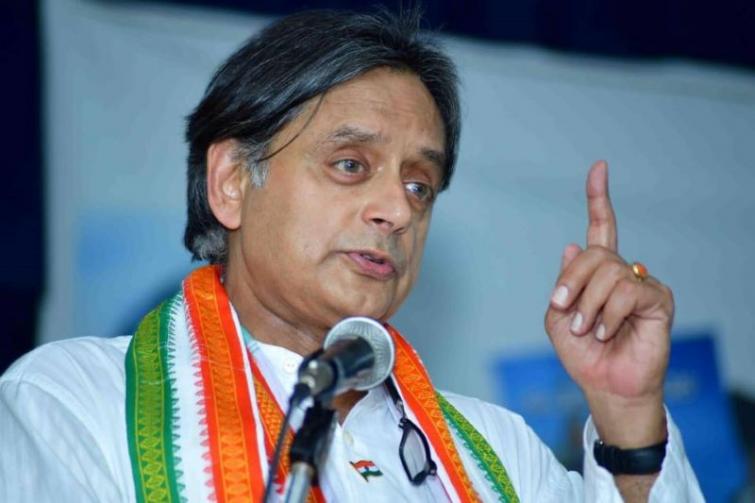 New Delhi/IBNS: Congress MP Shashi Tharoor on Tuesday evening tweeted a cartoon of Yoga guru Baba Ramdev performing an 'asana' to take a dig at the Centre over the steep hike in petrol and diesel prices.

The cartoon showed Baba Ramdev in a headstand position at a fuel station and looking at a placard with the text "Litre ₹ 90" written on it.

The image contained a Malayalam text which Tharoor translated and posted in the tweet.

He wrote: "If you took yoga lessons from Baba Ramdev, you too could see petrol prices at 06 rupees a litre!"

If you took yoga lessons from BabaRamdev, you too could see petrol prices at 06 rupees a litre! pic.twitter.com/zatuS6t6cs

This comes after oil marketing companies increased rates for an eighth straight day - this time by around 30 paise.