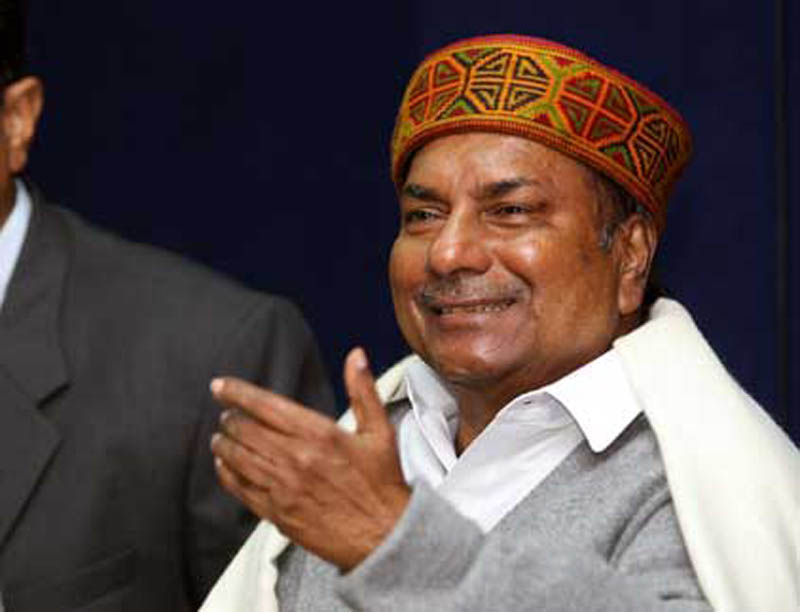 New Delhi/UNI: Senior Congress leader and former Defence Minister AK Antony on Sunday made an all-out attack on the Centre, accusing the Prime Minister Narendra Modi-led government of not giving priority to the national security by "agreeing to disengagement on China’s terms."

Antony's comments came three days after Defence Minister Rajnath Singh informed the Parliament that a major breakthrough has been achieved between India and China in eastern Ladakh, with both the sides initiating disengagement of troops from the southern and northern sides of Lake Pangong, on a mutual agreement basis.

Antony, while addressing a press conference here, said that the disengagement was good as it reduced tension but it should not be done at the cost of national security.

Pointing out the disengagement in both the Galwan Valley and Pangong Tso Lake areas and the creation of a buffer zone,  Antony said, "the government is not realising the danger of creating such buffer zones." He also said the Galwan Valley, an Indian territory, was never a disputed land even in 1962.

He asked the Centre about its plan to restore status-quo ante as April 2020 along the Line of Actual Control (LAC) at a time when China was getting belligerent and Pakistan continued to promote terrorism.

He said that the Defence Budget is a betrayal to armed forces, alleging that the government did not increased the defence budget to "appease" China.

Indian and Chinese forces are at a face-off since last May in eastern Ladakh when the Chinese troops intruded deep into the Indian side of the Line of Actual Control.

The opposition is continuously attacking the present dispensation over their alleged failure in tackling the Chinese. Congress leader Rahul Gandhi even alleged that the Prime Minister has ceded Indian territory to the Chinese.

As a result on Friday, the Defence Ministry had to issue a statement to clarify that India has not conceded any of its territory as a result of the disengagement agreement with China. Moreover the Ministry termed it "disrespecting", who doubt the achievements made possible by the sacrifices of military personnel.