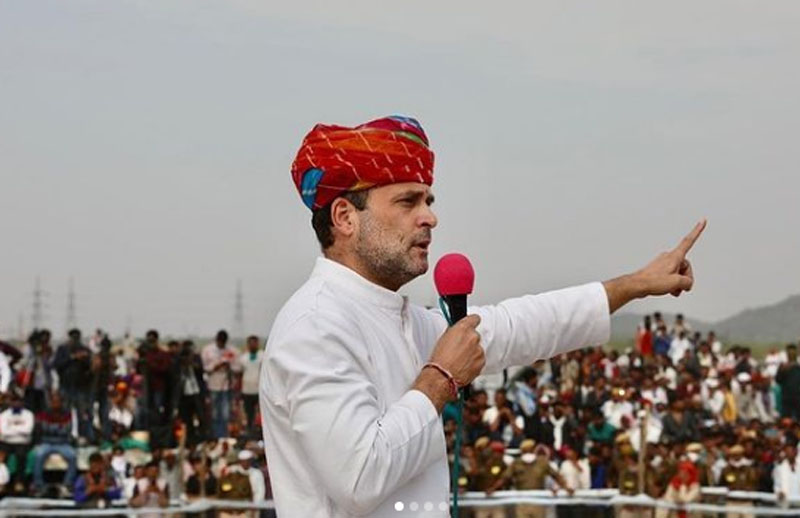 Guwahati/UNI: Stating that Congress won’t allow Citizenship Amendment Act (CAA) to be implemented in Assam, Former Congress President Rahul Gandhi said that the issue of illegal immigration could be solved through dialogue.

“Illegal immigration is an issue, but people of Assam has that capacity to solve the problem themselves through dialogue,” said Mr Gandhi who sounded Congress poll bugle in Assam from Sivsagar district today.

Sporting `No CAA’ slogan on Assamese Gamocha, Gandhi said “ If Assam loses something, it will be loss for the nation. At any cost we won’t allow CAA to be implemented here.”

The Congress MP said that there is no force in the world who can break Assam.

“ `Hum do, Hamare Do’ is running Assam. Anyone who will try to touch Assam accord and spread hatred will not be spared by Congress party and people of Assam,” Gandhi said.

Gandhi alleged that Chief Minister Sarbananda Sonowal is being remote controlled from Delhi and Nagpur.

He said that Congress is party of small businessman and workers.

“When we will come to power we will end the hatred and will take care of all communities,” he said.