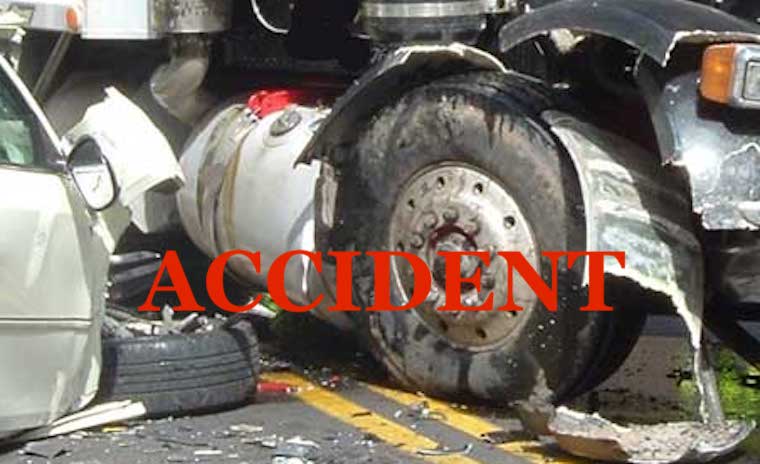 Kurnool/IBNS: At least 14 people including a child were killed as a bus, in which they were travelling, collided with a truck on a national highway in Andhra Pradesh's Kurnool on Sunday morning, reports said.

Only four children survived the accident but two of them are in serious condition.

Based on Aadhaar cards and phone numbers, the police are gathering details.

Prime Minister Narendra Modi expressed grief over the accident and stated: "The road accident in Andhra Pradesh’s Kurnool district is saddening. In this hour of sadness, my thoughts are with those who lost their loved ones. I hope that the injured recover at the earliest."

The road accident in Andhra Pradesh’s Kurnool district is saddening. In this hour of sadness, my thoughts are with those who lost their loved ones. I hope that the injured recover at the earliest: PM @narendramodi

The accident took place near a village in Veldurti Mandal of the state's Kurnool district.

The mini bus carrying 18 passengers were on a pilgrimage tour to Ajmer in Rajasthan. Police said they all belonged to one town area in Madanapalle town in Chittoor district.

The vehicle mounted the road divider and plunged into another lane and collided with a speeding truck resulting in the killing of 14 people.

Police said that eight women, an infant and five men among the deceased.

The injured persons were admitted to the GGH in Kurnool where the condition two children are said to be serious.

The bus turned into an iron mangle under the impact of the collision. Gruesome scenes were witnessed at the accident site as the bodies and flesh were seen scattered on the road.

District Collector G Veerapandyan and SP Phakirappa visited the scene of the accident.

SP Phakirappa told the media that as per the preliminary investigation, the driver of the bus got drowsy and lost control of the vehicle.

Chief Minister Y S Jagan Mohan Reddy and Leader of the Opposition and former Chief Minister N Chandrababu Naidu expressed shock and grief over the death of 14 persons in a ghastly road accident.