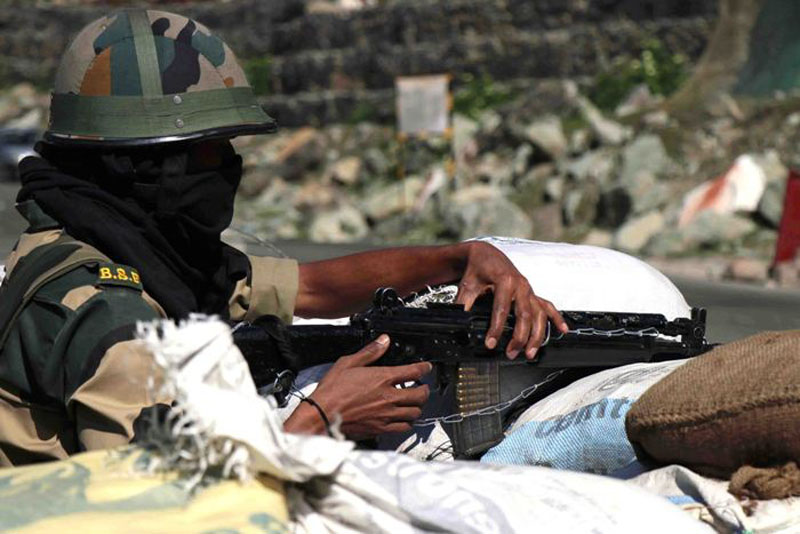 Jalandhar/UNI: Border Security Force (BSF) not only thwarted an attempt of the Pakistani intruders to enter the Indian territory but also seized 14 packets of contraband, suspected to be heroin, from them.

A spokesperson of the Punjab Frontier’s headquarter of the BSF here said the troops in a joint operation with the officials of the Narcotics Control Bureau (NCB), Amritsar, foiled another attempt by the Pakistani smugglers in the area of responsibility of 103 Battalion BSF in Ferozepur sector late Friday midnight.

He said the joint team of the BSF and NCB heard some suspicious sound along the border security fence. Sensing the threat and to stop any illegal activity , troops fired upon the intruders in self-defence. Resultantly, one Pakistani intruder was killed on the spot.

During search of the area conducted Saturday morning, 14 packets of contraband, suspected to be heroin, weighing 14.805 kg was seized from the intruder.

Besides one pistol magazine, six rounds and two mobile phones were also recovered from the spot, he added.

Value of the heroin seized is said to be more than Rs 74 crore in the international market.

The BSF has seized 70.904 kg of heroin from the Punjab border till today in the current calendar year, the spokesperson said.