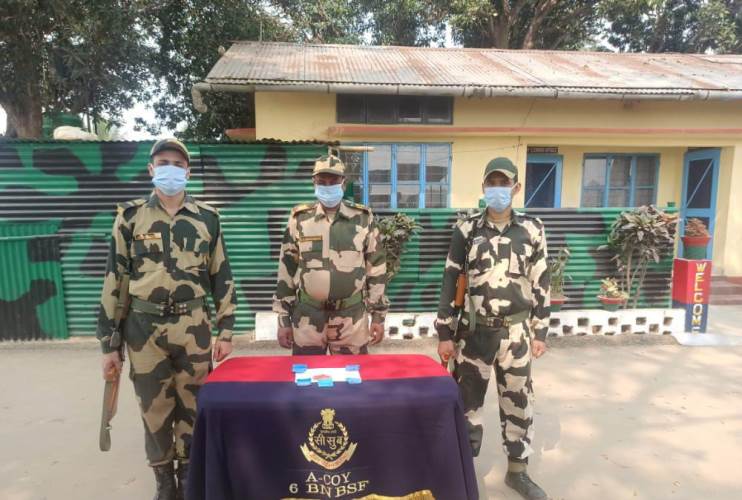 Acting on tip-off, the BSF troops of Border Out Post (BOP) Sadartila of 06 Bn carried out a special operation in the general area of village Sadartila under Mankachar police station in South Salmara district.

They seized 915 numbers of Yaba Tablets as the consignments were being smuggled from India to Bangladesh.