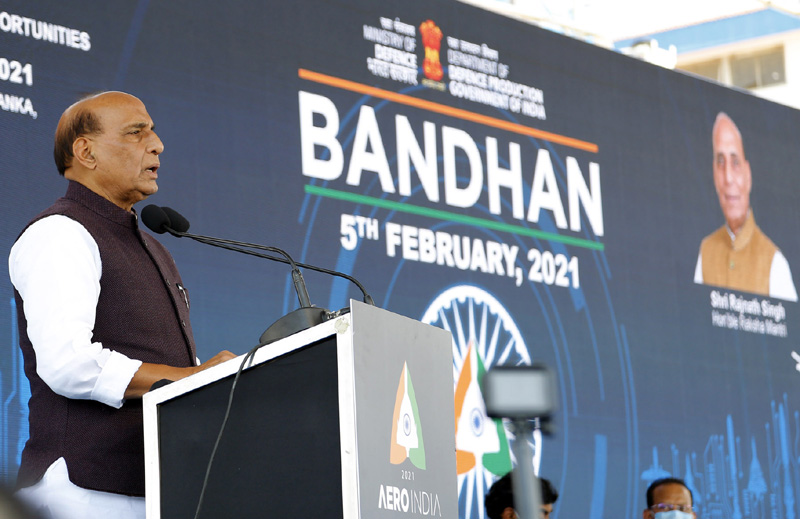 He said the country is also making efforts to deepen its presence in the Indian defence market.

The two sides will discuss a range of proposals to take forward bilateral cooperation at the Bilateral Working Group meeting between the two defence ministries in April. The Ukrainian delegation for this would be led by their Deputy Defence Minister, reports The Hindu.

“Yes, we had some discussions about cooperation in Navy and Air Force. I guess we have a lot of work to do… We have some ideas and will discuss these ideas in Ukraine in Ministry of Defence and armed forces of Ukraine,” Husyev said, speaking to The Hindu at the Aero India on Ukraine’s interest in acquiring military equipment from India.

A total of 201 MoUs, product launches and technology transfers were concluded at the Bandhan ceremony held on the last day of Aero India 2021 at Yehalanka, Bengaluru on February 05, 2021.

These included the formal handing over of the Advanced Light Helicopters MK-III to the Indian Navy and Indian Coast Guard (ICG), commencement of Performance based logistics of ICG fleet, initial operational clearance of Army version of Light Utility Helicopter etc.

He said 128 MoUs, 19 ToTs, 4 Handing Overs, 18 Product Launches and 32 major announcements were made at Aero India this year.