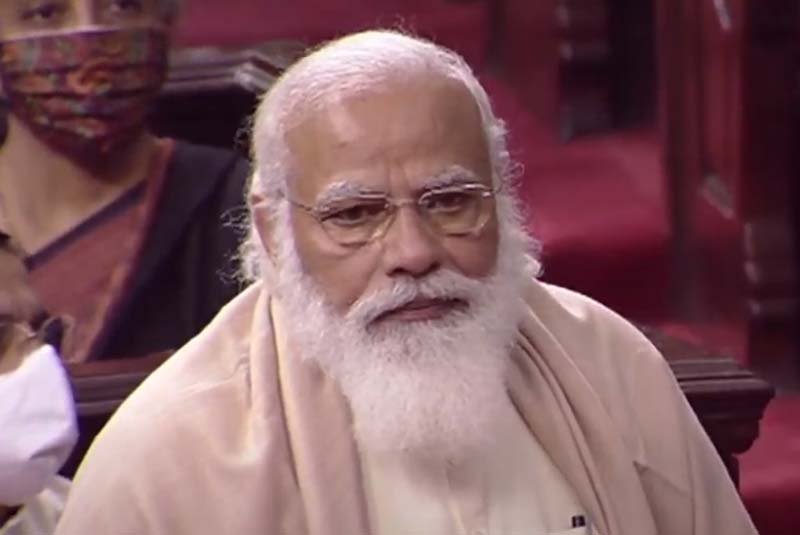 Turning back the wheels to days when he himself was the Gujarat Chief Minister, Modi in teary eyes said, "I have known Shri Ghulam Nabi Azad for years. We were Chief Ministers together. We had interacted even before I became CM, when Azad Sahab was very much in active politics. He has a passion not many know about - gardening."

"I will never forget Shri Azad’s efforts and Shri Pranab Mukherjee’s efforts when people from Gujarat were stuck in Kashmir due to a terror attack. Ghulam Nabi Ji was constantly following up, he sounded as concerned as if those stuck were his own family members."

Azad was the Chief Minister of the erstwhile state Jammu and Kashmir, which is now a Union Territory, during the terror attack.

"Posts come, high offices come, power comes and how to handle these, one must learn from Ghulam Nabi Azad Ji. I would consider him a true friend," the Prime Minister added.

Apart from Azad, three other MPs, Mir Mohammad Fayaz, Shamsher Singh and Nazir Ahmad Laway will retire from Rajya Sabha, the upper house of Parliament, between Feb 10 and 15.