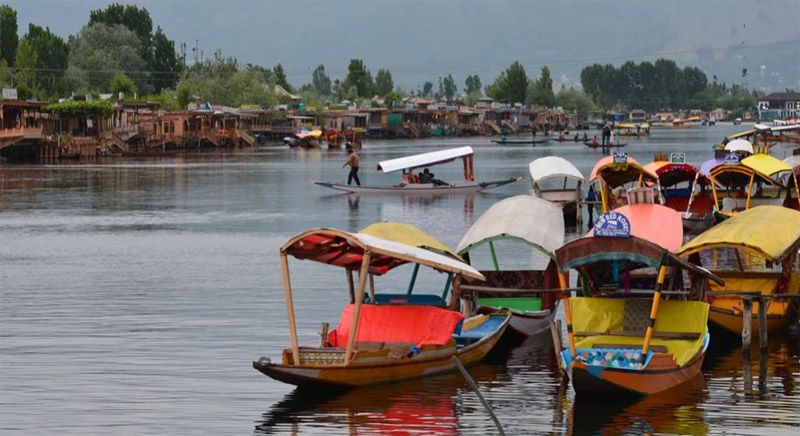 Srinagar/UNI: The high speed 4G internet service has been restored after remaining suspended for 551 days in the Union Territory (UT) of Jammu and Kashmir, where the entire communication network was suspended on August 5, 2019 when the Centre abrogated Article 370 and 35 A.

Union Territory’s Principal Secretary of Power and Information Rohit Kansal on Friday evening in a tweet said “4G mobile internet services are being restored in the entire J&K.

Later, the high speed internet was restored at 2400 hrs in the entire UT, much to the delight of professionals who had to face a lot of problems to attend their on-line classes on 2G internet.

Sinha in a tweet said, "I thank the Hon’ble PM @narendramodiJi and HM @AmitShah Ji for acceding to our request and restoring 4G services in the entire J&K UT. The move will fulfil the aspirations of the people, particularly the youth."

Abdullah, in a tweet last night after hearing the news, said, “4G Mubarak! For the first time since Aug 2019 all of J&K will have 4G mobile data. Better late than never."

All communication networks, including high-speed internet services were curbed hours before the Centre abrogated Article 370 and Article 35 A, besides dividing the erstwhile state of J&K into two Union Territories on August 5, 2019.

The step was taken as a precautionary measure to prevent rumours after the special status of the state was scrapped. Suspension of the communication -- landline, mobile and internet -- network of all Cellular companies, including Bharat Sanchar Nigam Limited (BSNL) evoked sharp reaction, particularly from the families whose relatives were outside the valley.