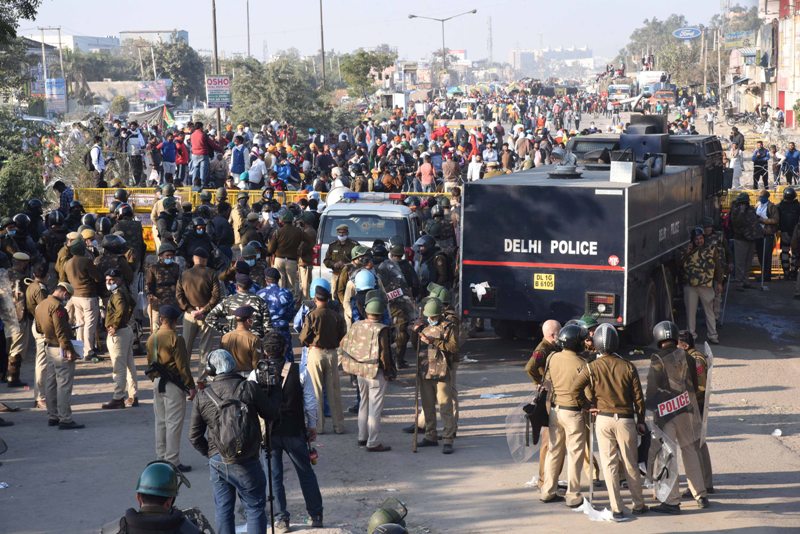 New Delhi/IBNS: Thousands of farmers, protesting against the three contentious farm laws, have demanded restoration of phone and internet services at the protest sites, ahead of the countrywide road blockades planned on Saturday in order to intensify their agitation.

Terming the blackout as the government’s continuing effort to suppress voice of disagreement, the farmers' unions demanded immediate reinstatement of telecommunication services.

After the violent clashes during the tractor rally in Delhi that were planned to coincide with the Republic Day celebrations, the government has toughened its handling of the protester, fortifying Delhi's borders with concrete barricades, long metal spikes and concertina wire at the main protest sites, said an NDTV report.

The government also issued a warning to Twitter for restoring the handles of those who tweeted the hasta #ModiPlanningFarmerGenocide on January 26, saying the tweets were "designed to inflame passions, hatred and factually incorrect".

So far, the farmers have rejected government's proposal to suspend the new reforms for 18 months, demanding nothing less than the repeal of the new farm laws as they continue to camp on Delhi borders.