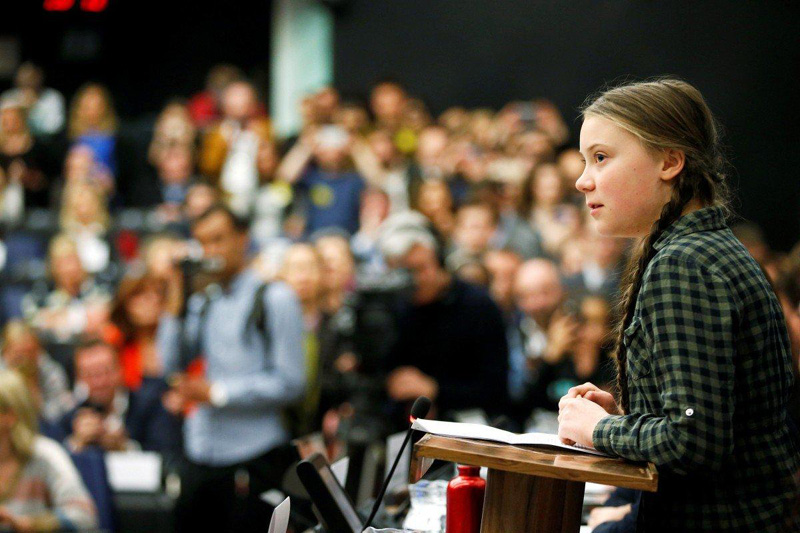 New Delhi: A toolkit, which was recently posted and then deleted on Twitter by activist Greta Thunberg, to attract support for the ongoing farmers’ protest in India was allegedly “fed to her” as part of a “larger conspiracy to create disharmony”, media reports said.

According to sources, Canada-based organisation Poetic Justice Foundation (PJF) played a “vital role” in “starting a global campaign”, with backing from “political leaders and activists based out of Canada”, reports The Print quoting security sources.

The people that are on the radar of Indian agencies include Mo Dhaliwal, founder of the PJF and director of a PR firm named Skyrocket, Marina Patterson, who worked as a relationship manager with PR firms, Anita Lal, director of the Canada-based World Sikh Organisation, and co-founder of PJF, and Canadian parliamentarian Jagmeet Singh, reports the news portal.

Last few days we've seen a lot of global support for the farmers of India facing legislated and physical violence. We ask everyone for one post using #AskIndiaWhy #FarmersProtest and tag a celebrity, politician, or influencer. We're stronger together. Let's make some noise. pic.twitter.com/FfdNEHrjod

According to sources quoted by The Print, it was Skyrocket that allegedly paid $2.5 million to popstar Rihanna to tweet in support of the farmers’ protest in India. Dhaliwal, the sources said, is a Canada-based Sikh who is a “self-proclaimed Sikh separatist” and is also close to Jagmeet Singh, reports The Print.

The PJF, which describes itself as an organisation that “challenges structures of oppression and discrimination through intersectional grassroots advocacy”, claims on its website that “currently we are most actively involved in the #FarmersProtest", reports the news portal.

The group has been posting several comments on the farmer's protest for the past several days.

They have been posting their remarks with the hashtag “AskIndiaWhy”.

In October last year, the sources said, Dhaliwal was a panelist for a webinar named ‘Khalistan, a conversation on trauma, racism and sovereignty’. Organised by the Poetic Justice Foundation, the programme involved a discussion on the Sikh separatist movement, sources told The Print.

Marina, who was allegedly “live-editing” the toolkit that was finally posted, played a key role in drafting it, sources told the news portal.

The toolkit tweeted by Thunberg sought to lay down different ways people can participate in the farmers protest. The first one included references to “tweet storms” on or before Republic Day, and protests around Indian missions. She deleted this version before uploading another one, saying the earlier document was “outdated”.

“Point 4 of the objectives that were listed in the toolkit (the one Thunberg deleted) said they want to ‘disrupt yoga & chai image of India in general’. This shows the intention behind this campaign,” one of the sources told The Print.

The Delhi Police on Thursday clarified that the FIR registered to investigate overseas controversy related to farmers' protest was not registered against climate activist Greta Thunberg but the "toolkit" she tweeted, allegedly linked to a "Khalistani group".

"Delhi Police has taken cognizance of a toolkit document found on a social media handle that predates and indicates a copycat execution of a conspiracy behind the January 26 violence. The call was to wage economic, social, cultural and regional war against India," Delhi Police Special Commissioner Praveer Ranjan said, referring to a Republic Day tractor rally that erupted into clashes in the capital.

Asked if Greta Thunberg's name features in the FIR, he clarified: "We have not named anybody in the FIR. It is only against the creators of the toolkit."

After the news broke that the Delhi Police named the 18-year-old teen climate activist in an FIR related to the ongoing farmers' protest in Delhi, Thunberg remained undeterred.

Probe not against Greta Thunberg but 'Toolkit' she tweeted, says Delhi Police

Reports said the police have filed the FIR accusing Thunberg of "promoting enmity between different groups on grounds of religion, race, place of birth, residence, language... and acts prejudicial to maintenance of harmony."

I still #StandWithFarmers and support their peaceful protest.
No amount of hate, threats or violations of human rights will ever change that. #FarmersProtest