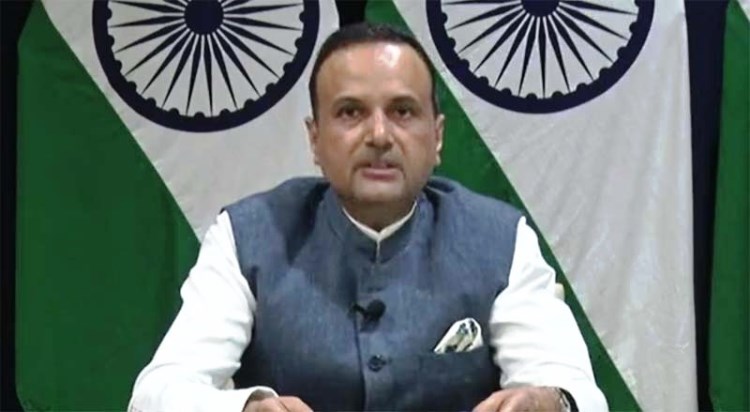 New Delhi/IBNS: After the Sri Lankan government was forced to renege on a 2019 agreement with India and Japan to develop the strategic East Container Terminal (ECT) at the Colombo Port in the face of domestic protest, India said its high commissioner is in discussion with the island nation's authorities on the issue.

In a media briefing on Thursday, Ministry of External Affairs (MEA) spokesperson Anurag Srivastava said: "As is well known, the Governments of India, Sri Lanka and Japan had signed a Memorandum of Cooperation in May 2019 to develop and operate the East Container Terminal of Colombo Port in a trilateral framework."

"We sincerely believe that the development of infrastructure in Sri Lanka, in areas such as ports and energy, with foreign investment from India and Japan will be a mutually beneficial proposition," Srivastava said.

"Our High Commissioner in Colombo is in discussion with the Government of Sri Lanka, including on the importance of adhering to international commitments," he added.

This comes after facing protests, Sri Lankan Prime Minister Mahinda Rajapaksa’s statement that the operation of the east terminal would be done by the country's Ports Authority on its own.

Later a proposal was approved by a cabinet meeting in Sri Lanka to develop the West Terminal at the Colombo Port as a Public Private Partnership with India and Japan.

This has been seen as a bid to compensate India, whose initial reaction was that the island nation should not be taking a decision in a unilateral manner on an existing tripartite agreement.

It is unclear whether India would accept the latest proposal even as the Sri Lankan government rules out chances of further troubles, said reports.