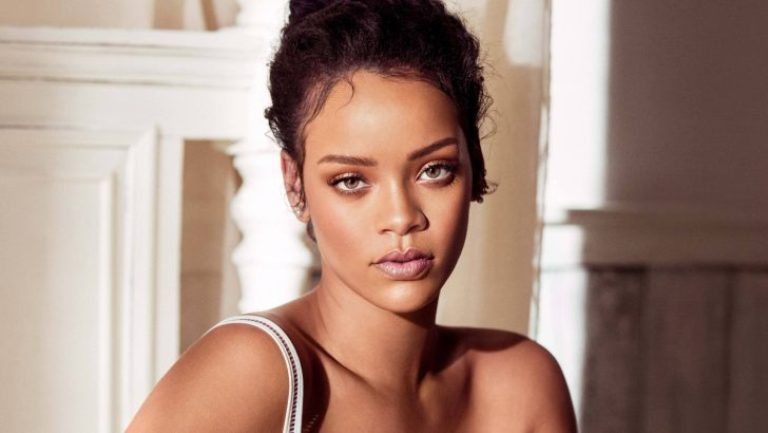 She has condemned the internet shutdown aimed at crippling the movement.

Sharing a news article about the internet shut down, Rihanna tweeted: "why aren’t we talking about this?! #FarmersProtest."

While she is trending on Twitter for her post, Indian actor Kangana Ranaut, who is an ardent supporter of the ruling Bharatiya Janata Party (BJP), slammed the international pop singer for supporting the farmers' protest.

"No one is talking about it because they are not farmers they are terrorists who are trying to divide India, so that China can take over our vulnerable broken nation and make it a Chinese colony much like USA...Sit down you fool, we are not selling our nation like you dummies," Ranaut tweeted.

No one is talking about it because they are not farmers they are terrorists who are trying to divide India, so that China can take over our vulnerable broken nation and make it a Chinese colony much like USA...
Sit down you fool, we are not selling our nation like you dummies. https://t.co/OIAD5Pa61a

Internet services in the Delhi border areas of Singhu, Ghazipur and Tikri -the epicentres of the farmers' months-long protest against the Centre's farm laws - were suspended on Saturday.

The shutdown has been extended twice to be in force till at least 5 pm Wednesday.

The order by the Home Ministry came days after the tractor rally planned on Jan 26 was marred by violence, death of a farmer and injury to several policemen.

On Jan 26, the situation went out of control after the tractor rally, which was called by the protesters, turned violent as several farmers broke police barricades, vandalised government properties and stormed into the Red Fort to implant a Sikh flag, injuring over 100 police personnel and causing the death of one peasant.

Several supporters of farmers' protest openly criticised them on social media over the violence that erupted during their rally.

The Centre has also beefed up security at the protesting sites with the further strengthening of barricades.

For instance, at the Delhi-Haryana border, iron rods have been placed between two rows of cement barriers on a flank of the main highway by police which are controlled by the Centre.

More than 10 rounds of talks were held between the representatives of farmers and the government but with no solution to the deadlock, as the protesters demanded the withdrawal of the three contentious farm laws and a legal guarantee to the Minimum Support Price (MSP) for their crops.