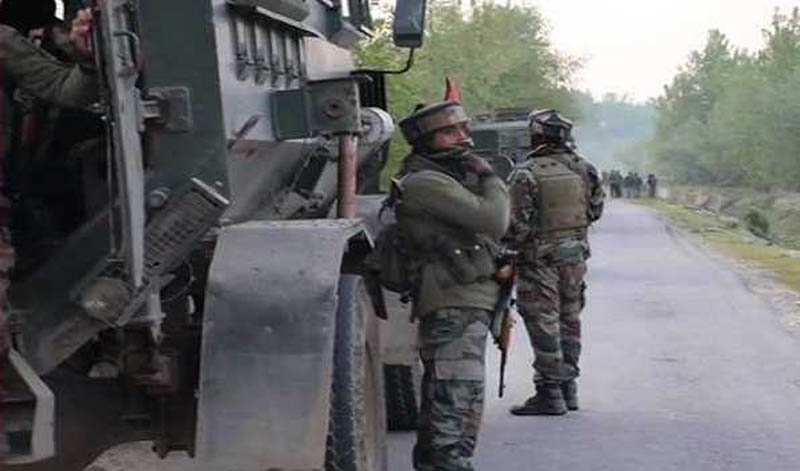 Srinagar/UNI: Two Hizbul Mujahideen (HM) militants surrendered and another was arrested in an injured condition on Saturday morning after a brief encounter in south Kashmir district of Pulwama.

The security forces had killed three militants in another encounter on Friday.

A police spokesman said today that on a tip-off about the presence of militants troops of Rashtriya Rifles (RR), Special Operation Group (SOG) of Jammu and Kashmir police and CRPF launched a Cordon and Search Operation (CASO) at village Lelhar in Pulwama Friday evening.

However, when the security forces were sealing the area, militants hiding there opened fire with automatic weapons, he said adding security forces also retaliated ensuing in an encounter.

He said repeated appeals were made through the public address system to militants to surrender. However, after some time firing stopped from both sides and cordoned was further tightened to foil any attempt by militants to escape.

In the wee hours on Saturday, a militant tried to escape while firing on security forces, he said, adding that the fire was returned in which he was injured.

The injured militant was immediately rushed to hospital.

Later fresh appeals to militants were made, he said, adding that two militants surrendered before the senior security force officers.

Spokesman said two AK 47 rifles and other arms and ammunition were recovered from the surrendered militants.

This was the first surrender by militants during the encounter. Over a dozen militants surrendered during encounters in the valley last year.

He belonged to the Hizbul Mujahideen (HM) outfit. The slain militants were identified as Waris Hassan of Naibugh, Tral, who was active since August 2020 and two others as Arif Ahmed Sheikh of Monhama, Tral and Ehtishaam Misger from Check, Noorpora, had joined militancy in January this year.

He said one AK-47 rifle, two pistols and four grenades were recovered from the slain militants.