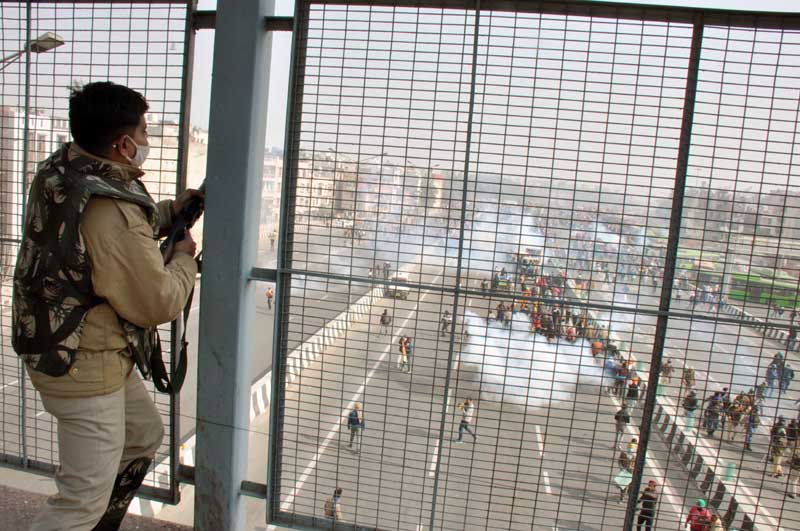 'India won't tolerate insult of tricolour, all the culprits will be punished' : Prakash Javadekar

New Delhi/IBNS: The Centre has condemned the violence at the farmers' tractor rally on Republic Day against the three contentious farm laws and promised that the culprits will be punished soon.

"The tricolour was insulted at the Red Fort. Congress has continuously provoked the agitating farmers. The Congress government in Punjab should have checked the tractors leaving the state and made preventive arrest of the habitual offenders and history sheeters," said Union minister Prakash Javadekar in a press conference on Wednesday.

"Rahul Gandhi was not merely supporting the agitation, he was also instigating the protesters. This is what happened during CAA protests. This wasn't a non-violent rally but Congress labelled it non-violent," he continued, pointing fingers at the Congress leader who he said had been provoking people with his tweets.

"Congress is frustrated and disappointed, losing elections one after the other. Communists are in the same state. They have come together in West Bengal as well. They are finding new ways of spreading unrest in the country," he said.

"The government will punish all those who instigated the others. India would not tolerate the insult of tricolour," he said in an apparent reference to the incident where protesters who managed to get inside the Red Fort hoisted a Sikh religious flag or Nishan Sahib, on an empty mast.

The minister also pointed out a tweet by Congress which claimed the farmer who died during the tractor rally was the victim of police brutality.

"When people all over the country questioned the violence, Rahul-ji stated that violence is not the solution to any problem," the minister said.

"The government held 10 rounds of talks with the farmers. Offered to hold the farm laws for one-and-half years.  Asked how the farmers rights were compromised. The Congress also knows this but it will not let a compromise happen," he stated.

Speaking during a press meet on Wednesday, the Delhi Police said: "Farmers at Singhu broke the barricades at 6.30 am itself. They didn't stick to the designated route."

The police have detained 200 people in connection with the violence which took place mostly in and around Mukarba Chowk, Ghazipur, ITO, Seemapuri, Nangloi T-Point, Tikri Border and the Red Fort. Barricades were broken at Ghazipur, Tikri and Singhu borders.

Meanwhile, the Rashtriya Kisan Mazdoor Sangathan and the Bhartiya Kisan Union (Bhanu) have withdrawn from the farmers' protest, a day after New Delhi witnessed violence during a tractor march on Republic Day.