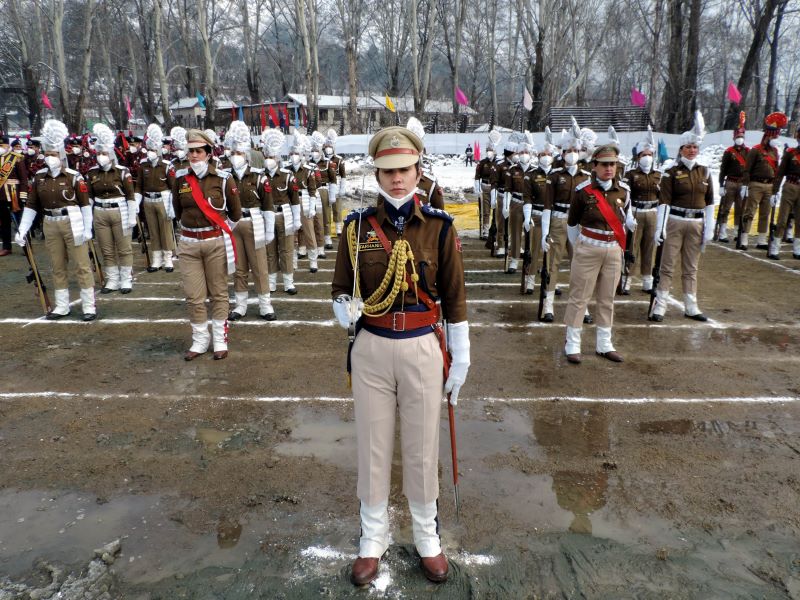 The Indian leader tweeted: "Wishing all the people of India a Happy #RepublicDay . Jai Hind!"

Wishing all the people of India a Happy #RepublicDay. Jai Hind!

Amid COVID-19 restrictions, the Republic Day event this year will be a shortened one.

It is scheduled to start at 9 am and will finish with the traditional fly past at 11.25 am.

This year no chief guest will be attending the event.

British PM Boris Johnson was scheduled to attend it.

He cancelled his upcoming visit to India amid rising COVID-19 cases in his country.

India’s military might, cultural diversity, social and economic progress will be on display during the 72nd Republic Day celebrations at the majestic Rajpath in New Delhi.

Indian Navy in addition to tableaux murals depicting Pakistan Army surrendering, a Petya class ship and Operation X undertaken by divers of Indian Navy and Mukti Bahini and some other ships which took part in the 1971 India-Pakistan War.

The Indian Air Force (IAF) will showcase among others Mi-17 V5, Chinook and Apache helicopters.

Thirty-two tableaux –17 from States & Union Territories, nine from various Ministries/Departments and Paramilitary Forces and six from Ministry of Defence, depicting the nation’s rich cultural heritage, economic progress and defence prowess will roll down the Rajpath. School children will perform folk arts & crafts displaying skills and dexterity handed down from generations; Bajasal, one of the most beautiful folk dances of Kalahandi, Odisha; Fit India Movement, Aatmanirbhar Bharat.

A slice of Bangladesh:

The Bangladesh contingent will carry the legacy of legendary Muktijoddhas of Bangladesh, who fought against oppression and mass atrocities and liberated Bangladesh in 1971.

The grand event will culminate with Rafale aircraft flying at a speed of 900 kilometre per hour carrying out a ‘Vertical Charlie’.