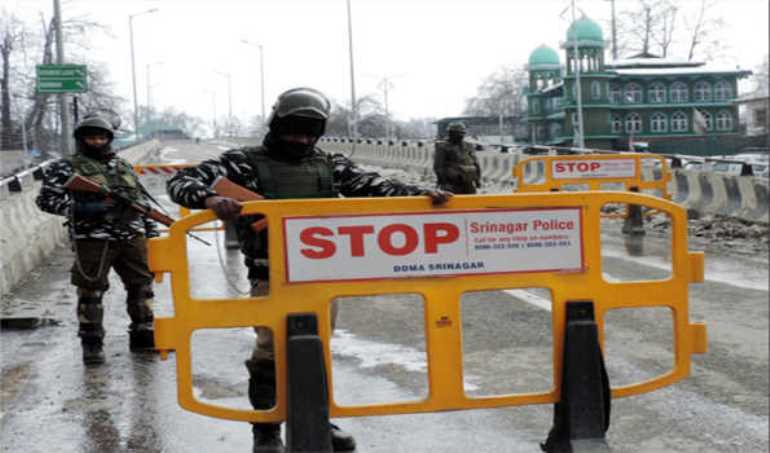 Sharpshooters, drones deployed in Srinagar ahead of Republic Day

Srinagar/UNI: Sharpshooters have been deployed atop high-rising buildings while vigil is being kept through drones on the roads leading to S K Stadium, the main venue for 72nd Republic Day function in Kashmir, and its adjoining areas to thwart any militant attack.

Security has been beefed up across the valley, where Inspector General of Police (IGP), Kashmir, Vijay Kumar asserted that the R-Day functions will pass off peacefully as all precautionary measures have been taken to foil any attempts by militants to cause a disturbance.

All the roads leading to S K Stadium ae put at high-security.

Special identification cards have been issued by authorities, and only people carrying theses passes will be allowed to move towards the venue of the R Day function in Srinagar.

Meanwhile, checkpoints have been established at various places in the city, where security forces are randomly checking vehicles, frisking passengers and checking their identity cards before allowing them to move ahead.

Security forces have also set up checkpoints in the city outskirts to prevent militants from smudging weapons into Srinagar.

Official sources said that security forces carried out the searches in the Lal Chowk, the nerve centre of the summer capital, Srinagar, Court Road and Residency Road areas.

Kumar said that security forces have been put on high alert to foil any attempts by militants to create disturbance and expressed confidence that the function will happen peacefully without any incident.

“Three-layer security arrangements have been made in Srinagar city and other parts of Kashmir valley to foil any attempts by militants to create disturbance during Republic Day celebrations. Drones are also being used to keep vigil,” the IGP said.

He said frisking and searches have been intensified in the city and vehicles coming in Srinagar are being thoroughly checked.

“Cordon and Search Operations (CASOs) are also being conducted in areas where there are inputs about presence of militants,” he added.