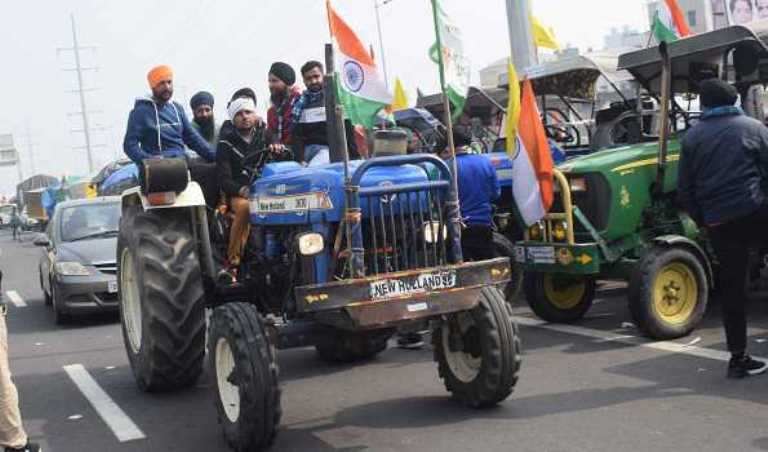 Security stepped up across Delhi ahead of R-Day, all eyes on farmers tractor rally

New Delhi/UNI: Security personnel have been deployed in large numbers in Delhi ahead of the 72nd Republic Day celebrations amid the ongoing farmers’ protest.

Several groups of farmers from Punjab and Haryana are still marching towards Delhi border points on their tractor-trolleys to take part in the proposed 'Kisan Parade' on Jan 26, after the police consent and agreement on the route and time.

The tractor rally which begins after the conclusion of the major parade on Rajpath will be under tight security cover.

Over two lakh tractors will be a part of the Republic Day tractor rally in the national capital, according to farmers' leaders. However, there is no clarification on the number of tractors from the officials.

As per the reports stating that 308 Twitter handles have been generated from Pakistan to mislead the protesting farmers and create a law and order problem during the R-day parade, the security forces were given directions to strengthen anti-terror measures in their respective areas, officials said here on Monday.

"We are taking all the anti-terror measures including verification of old and new sim card dealers, checking guest houses and verifying the identities of tenants in different areas across the national Capital," a senior police official said.

Security at Delhi borders has also been intensified and extra security personnel have been deployed at all sensitive places including Metro stations, railway stations, airport and prominent markets, he said.

No vehicle will be allowed on Vijay Chowk from 1800 hrs on Monday till the parade gets over on Jan 26.

Entry into the Republic Day function will be only allowed after producing a valid invitation card and children under 15 years old are not permitted, police said.

There will be no free entry to the programme this year.

Notably, the Republic Day parade will also be shorter this year in view of coronavirus situation. Instead of marching up to the Red Fort, the parade will end at National Stadium. However, tableaux will be allowed to perform at Red Fort.

Other changes including the distance of the parade route which reduced to 3.3 kilometres from the previous 8.2 km-long parade.

Also, each security platoons will consist of 96 personnel instead of the regular 144.