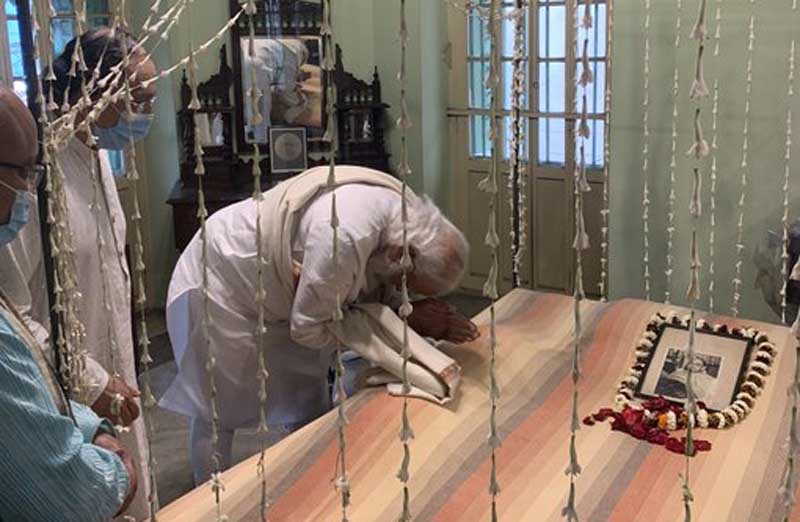 Kolkata/UNI: Prime Minister Narendra Modi on Saturday visited in the city and paid tribute to Netaji Subhas Chandra Bose at Netaji Bhawan on the occasion of his 125th birthday.

Modi attended an international seminar on Bose at National Library and interacted with delegates and artists there.

The prime minister’s aircraft landed at the NSC Bose International Airport around 3 pm, from where he took a helicopter for the city.

Modi’s chopper landed at the RCTC Ground in the heart of the city where he was received by Governor Jagdeep Dhankhar and state minister Firhad Hakim.

According to police sources, about 2,000 police personnel were deployed across Kolkata to monitor security mechanisms.