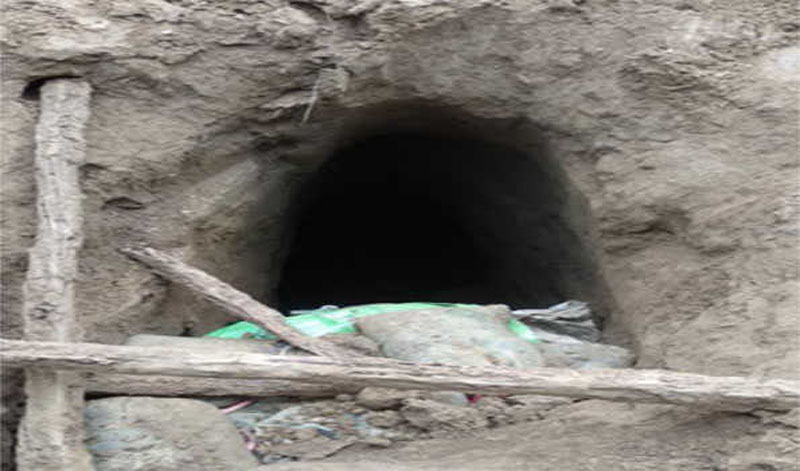 New Delhi/UNI: On specific intelligence inputs, India’s premier border guarding force BSF detected another tunnel in the area of Pansar in Jammu on Saturday morning during its series of anti tunneling drive.

A senior BSF official said that the tunnel was detected between Border Post number 14 and 15 which is near the Pakistani’s Border Out Posts Abhiyal Dogra and Kingre-de-kothe in Sakargarh district of Pakistan.

The tunnel is approximately 150 meters long and 30 feet deep and BSF personnel dug it out during their continued and persistent effort.

The BSF force also said that it was pertinent to mention here that BSF had shot down a Pakistani Hexacopter carrying loads of weapons and ammunition in June last year in the same area.

BSF troops had also foiled an infiltration bid at the same place in November 2019 wherein BSF troops had fired upon the party trying to infiltrate into India.

“This is the fourth tunnel one detected in the last six months and the earlier tunnels were found near LoC in the Samba, Hiranagar and Kathua area and the so far 10th in Jammu region," a BSF senior official said.