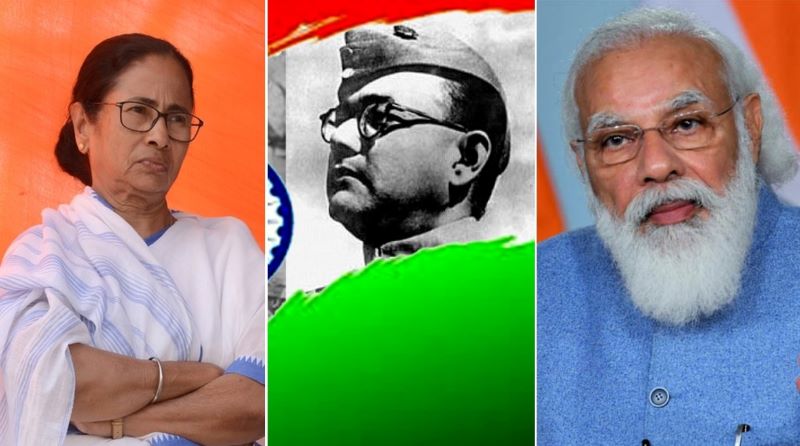 Kolkata/IBNS: With 10 or little more weeks left to plunge into an electoral battle in West Bengal, the ruling parties of the country and the state are set to make the 125th birth anniversary of freedom fighter Netaji Subhas Chandra Bose the centre-stage in the poll-bound state on Saturday.

Modi will meet artists at the National Library at 3:30 pm and participate in an event at Victoria Memorial an hour later.

The central government has already declared the day as "Parakram Divas".

I am honoured to be in your midst, that too on the auspicious day of #ParakramDivas.

During the programmes in Kolkata, we will pay tributes to the brave Netaji Subhas Chandra Bose. https://t.co/FDZtTiQe3O

Banerjee, who has demanded a national holiday from the Centre on Jan 23, is expected to be flanked by artists and literary people on her journey, scheduled to begin at 12:30, to downtown Kolkata.

The CM, who has referred to the day as "Desh Nayak Dibas", has also announced a state university in the name of Netaji and a monument titled Azad Hind Fauj, in Rajarhat.

A grand padyatra will be held today. This year's Republic Day parade in Kolkata will also be dedicated to Netaji. A siren will be sounded today at 12.15 PM. We urge everyone to blow shankh at home. Centre must also declare January 23 as a National Holiday. #DeshNayakDibas (3/3)