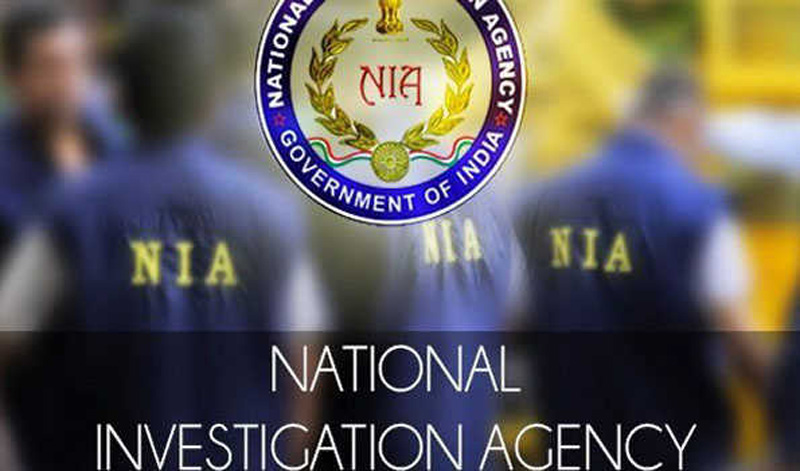 New Delhi/UNI: The National Investigation Agency (NIA) on Friday said that it has arrested a cadre of a banned CPI (Maoist) outfit on Thursday.

Twenty-six-year-old Vijith Vijayan, a resident of Wayanad district in Kerala, was produced before the Ernakulam Special NIA Court and sent to judicial custody for interrogation.

The case was originally registered on November 1, 2019, at Pantheerankavu Police Station, Kozhikode City as FIR No. 507/ 2019 under sections 20, 38 and 39 of UA (P) Act against three accused persons, out of which two accused Allan Shuaib and Thwaha Fasal were arrested and incriminating materials pertaining to the proscribed organization CPI (Maoist) were seized from them.

The national Investigation Agency took over this case on December 18, 2019, re-registered the case as RC-04/2019/NIA/KOC and began investigation.

“Investigation has revealed that the arrested accused Allan Shuaib and Thwaha Fasal along with the absconding accused C. P. Usman had organized several secret meetings of the proscribed organization CPI ( Maoist) for furthering its violent extremist activities in Kerala. They had also conspired and committed unlawful activities, as part of their efforts to propagate the ideology and accomplish the objectives of CPI (Maoist)’, the officials in the probe agency said.

Accordingly, on April27 last year, a charge-sheet was filed against the earlier arrested accused Allan Shuaib and Thwaha Fasal besides the absconding accused CP Usman under section 120B of IPC besides sections 13, 38 and 39 of UA (P) Act.

NIA investigation has also revealed that charge-sheeted accused Allan Shuaib was radicalized and recruited into CPI( Maoist) by accused Vijith Vijayan who has been arrested yesterday.

During a search operation conducted at the premises of Vijith Vijayan in Kozhikode on May 1 last year, many incriminating materials including documents and various digital devices were seized, the officials said, adding that the scrutiny of the data retrieved forensically from the seized digital devices also yielded details pertaining to the unlawful and terrorist activities of CPI (Maoist) cadres including arrested accused persons.

The agency also added that the further investigation in the case was under progress.