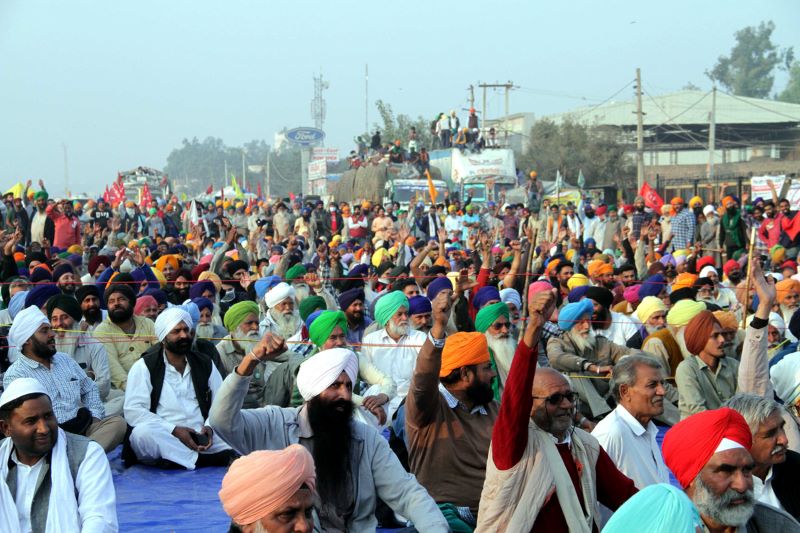 New Delhi/UNI: A day after Centre proposed to put the farm laws on hold for a period of one to one-and-a-half years, protesting farmer unions on Thursday rejected the proposal and reiterated their demand for a full repeal of three farm laws.

''A full repeal of three central farm acts and enacting a legislation for remunerative MSP for all farmers were reiterated as the pending demands of the movement,'' it said.

''The Samyukt Kisan Morcha pays homage to 143 farmers, who have been martyred in this movement so far. These companions were separated from us, while fighting this mass movement. Their sacrifice will not go in vain and we will not go back without the repealing of these farm laws,'' the statement added.

In the tenth round of talks between the government and the farmers' unions on Wednesday, the government had proposed withhold the implementaion of the laws for a period of one to one-and-a-half years.

Read: Farm laws to be put on hold for 1.5 yrs, Centre tells farmers

Both sides had agreed to meet for the next round of talks on January 22.

The farmers' protest over the three farm laws entered the 57th day today, as the protestors continued their stir at various entry points of the National Capital region.