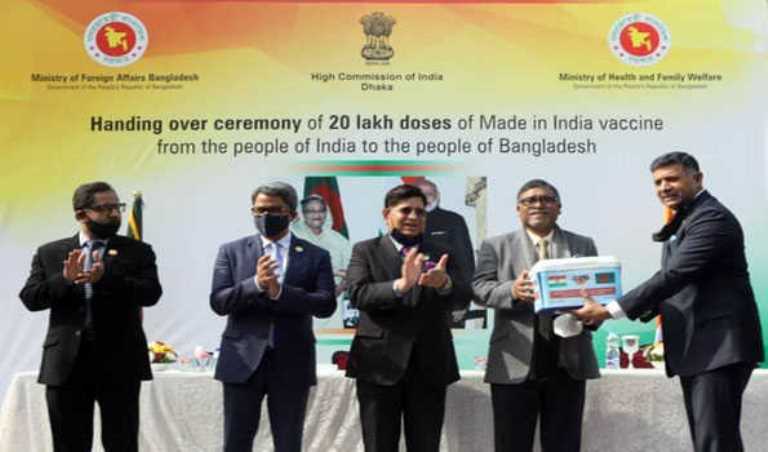 Dhaka/UNI: India officially handed over 20 lakh vaccines for Novel Coronavirus to Bangladesh as a gift on Thursday.

India handed over the gift to Bangladesh at a function held at the state guest house Padma, at around 1330 hrs.

India has given two million Corona vaccine to Bangladesh as a gift, invented by Oxford-AstraZeneca and prepared by the country's best institute.

An Air India plane landed at Hazrat Shahjalal International Airport in Dhaka, at around 1100 hrs.

Apart from the gift note, there was an agreement between the Government of Bangladesh and the Serum Institute of India and Beximco Pharma.

The Bangladesh government will not give this Corona vaccine to anyone without online registration. Vaccination drills or dry runs will be held at four hospitals in the capital, later this month.

The Health department is preparing to launch a nationwide vaccination campaign in the first week of February.

Initially, private companies were not allowed to vaccinate.