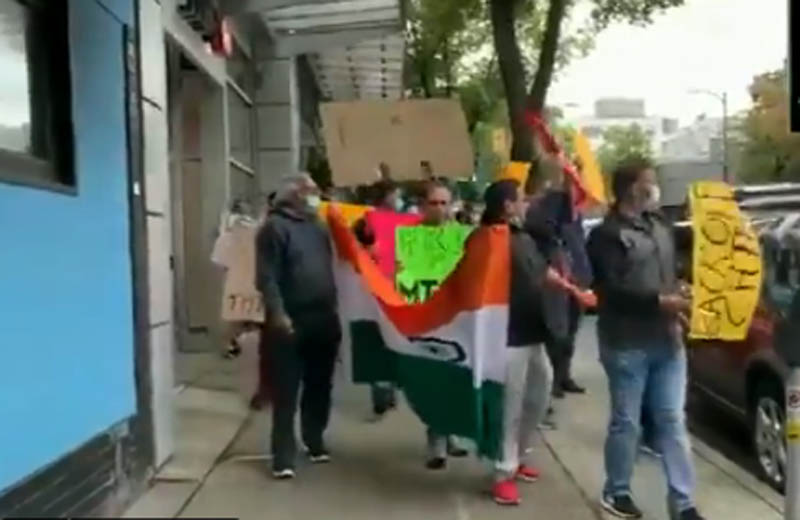 Ontario: The members of Indo-Canadian Kashmir Forum and Hindu Forum Canada recently hosted a LED truck advertising campaign in the country to mark the Kashmiri Hindu genocide incident of the 90sD

The truck that crossed several cities of Greater Toronto had billboards with messages: #KashmiriHindusGenocide1990 #WeExist DESPITE #PakistaniTerror along with a message "Kashmiri Hindus Exist despite Pakistani Terror", reports ANI.

Recalling the horrors faced by the community, the Canadian Hindus urged the Prime Minister Justin Trudeau-led government to lodge a motion in the Parliament against Pakistan's terrorist acts, the news agency reported.

A Canadian MP from Markham-Unionville, Canada has condemned the ethnic cleansing of Kashmiri Pandits in January 1990 and even extended his support to PM Narendra Modi-led government plan to resettle them in the Valley.

In a statement on the 31st anniversary of the attack on the Hindu population of Kashmir, Bob Saroya was quoted as saying by ANI, “I ask the international community to take effective measures to prevent this and similar types of crimes against humanity. I support the Government of India plans to help Kashmiri Hindus to return safely back to their homes."

He said: "Remembring the gruesome genocide and ethnic cleansing of the Kashmiri Pandit in January 1990, I would like to express my condolences to the families and friends of all those who were killed, raped and injured in this massacre.”

He also appreciated the local Hindu community in his speech.

“I condemn the desecration of thousands of years old Hindu places of worship in Kashmir," he said, praising the resilience and courage shown by the members of the Kashmiri Pandit community who survived this gruesome genocide and ethnic cleansing.