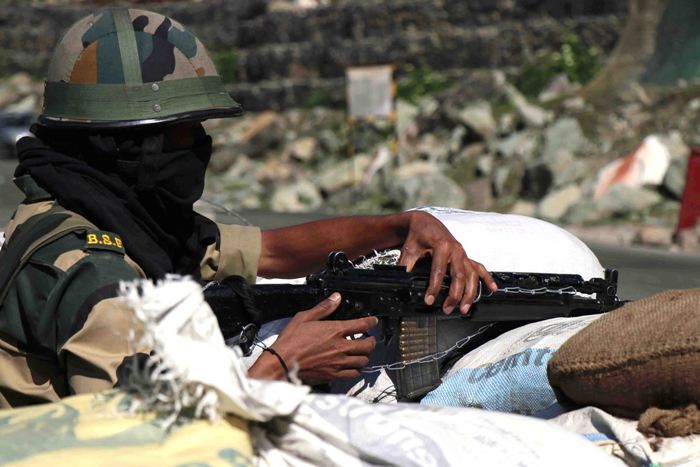 Guwahati/IBNS: A welfare meeting of retired, dependents and family pensioners of BSF personnel was organized by Border Security Force, Guwahati Frontier on Thursday to ensure speedy redress of the grievances of BSF retirees, dependents and family pensioners belonging to all the seven states of North East region (Arunachal Pradesh, Assam, Manipur, Meghalaya, Mizoram, Nagaland and Tripura) and Coochbehar district of West Bengal.

In his inaugural speech Suresh Kumar apprised about various Welfare Schemes being run by the BSF and also expressed his concerned towards the difficulties being faced by retirees, dependents and family pensioners and assured them to be free from any sort of pension related problems in their retired life.

He said that BSF is always committed for the welfare of its retirees and their families through such type of schemes, Pension Adalat and Welfare Meeting are the mechanisms for retired force personnel through which they can take up cases of pension related grievances. With the help of such types of localized camps, their grievances are addressed without going to higher Headquarters.

This welfare meeting has provided the retirees, dependents and family pensioners a unique opportunity to solve their problems.

Through this meeting pensioners got the opportunity to submit their papers/vital information to PAD BSF for revision of pension/family pension cases.

During the interaction, the retirees requested to establishment a Pension Cell at Frontier level and also paid gratitude to Guwahati BSF Frontier for organizing such event for welfare of the retired force personnel.