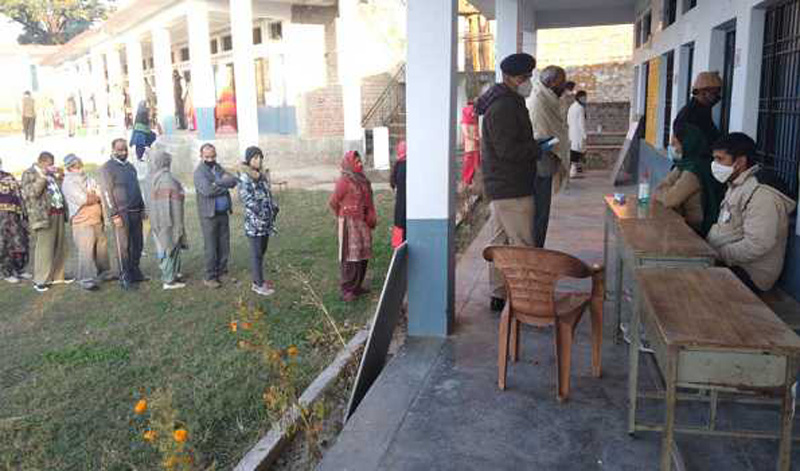 Hamirpur/UNI: About 18 per cent voters cast their votes in the first two hours of the third phase of the polling for the Panchayati Raj elections in Himachal Pradesh's Hamirpur district on Thursday.

The polling that started on a brisk note continued in the same manner and is likely to be on the same pattern if the trend of the voters gathered outside the polling station is an indication.

The voting is going on for eighty-one gram panchayats of the district.