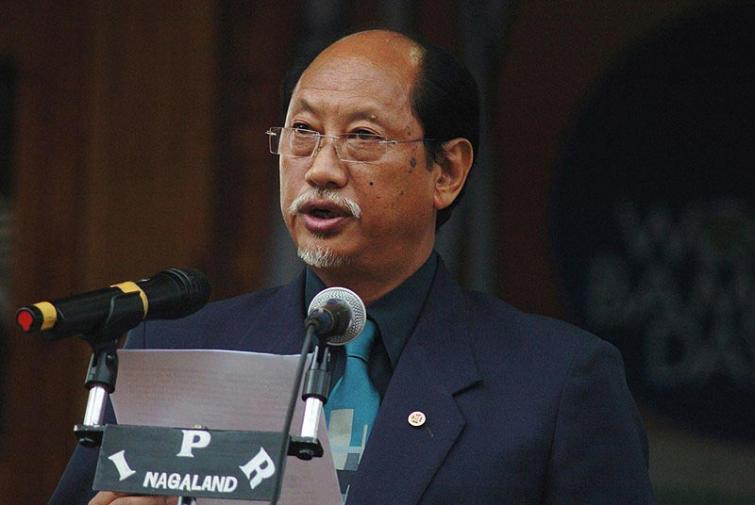 He called upon the people of Noklak district to be self-sufficient and encourage the young people to start modern farming.

The Nagaland Chief Minister gave the tag name of Noklak District as 'Frontier District', Noklak district being located in the international boundary with Myanmar which connects to other east and south east countries. He called upon all to safeguard and to protect the region.

With regards to the Covid-19 vaccine, Rio mentioned that preference will be given to health care workers, frontal workers and elderly people who are above 50 years of age.

He also greeted the people of Khiamniungan community at a Happy Khaozaosie-Hok-Ah festival, the festival of Thanksgiving and hoped that it would be used in a prosperous year.

Deputy Chief Minister, Y.Patton while exhorting the gathering advised the people of Noklak District to be a peace loving and unite together with the neighboring districts and expressed hope that, though  Noklak district is located in the far end of Nagaland  it is the gateway to the east. If people are united, Noklak will be a more advanced district in Nagaland, he said, further advising the people to avoid land issues when development comes.

He also appreciated all who had rendered help and efforts to make Noklak district into reality and urged the people of Noklak District to be peace loving citizens.

Advisor Prisons, Printing & Stationery H.Haiying, said, for the people of Noklak January 20 will be a historic day.
The people of Noklak have been longing and cherishing for the district and today it has been fulfilled, Haiying stated. He said that Noklak district is the gateway to the east and expressed hope that, with the help of the government, it will become the real gateway to the eastern countries.

Executive Secretary, Khiamniungan Baptist Churches Association, P.Hempao Lam dedicated the Monolith during the inaugural ceremony and special numbers were presented by K.Okie and the forlic band.

Meanwhile, the Vice President of India released a video on Noklak District profile and extended his best wishes to the new district.