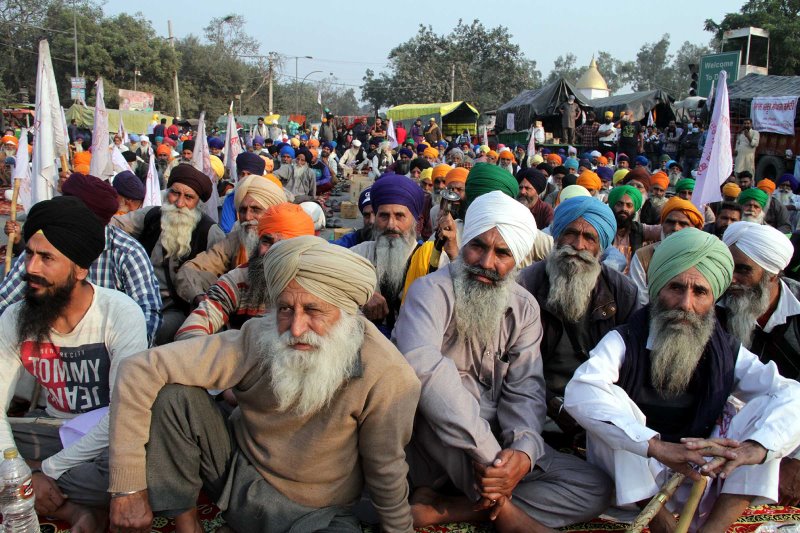 'Farm law panel has no decision making power. Where is the bias?' Supreme Court slams critics

New Delhi/IBNS: The panel formed to break the deadlock between the farmers' union and the government has no power to take decision on legislations, the Supreme Court on Wednesday said while reprimanding the critics of the committee who have been raising questions over its impartiality since its formation last week, said media reports.

Slamming the critics Chief Justice S.A. Bobde said the panel has been only empowered to hear all the stakeholders and submit a report to the apex court.

"We gave (the committee the) power to hear everyone and submit report to us. Where is the question of bias? (There is) no need to brand people and malign them, and on top of it cast aspersion on (the) court," the Chief Justice stated, reported NDTV.

The opposition including Congress and former NDA constituent Akali Dal had objected to the committee saying that its four members had previously spoken in support of the laws. One of the panel members Bhartiya Kisan Union President Bhupinder Singh Mann had opted out of the committee last week, farmers' body Kisan Mahapanchayat told the court today, the report added.

"You unthinkingly cast aspersions. Someone expressed opinion... he becomes disqualified? (Bhupinder Singh) Mann had asked for (the) modification of laws... you are saying he is for laws," Chief Justice SA Bobde said.

"You cannot brand people like this. People should have opinion. Even the best judges have certain opinion even they delivered judgements on the other side," the Chief Justice added.

He also pointed out that the committee experts "are brilliant minds in the agricultural field".

"We entertained the issue in the interest of public and farmers. If you do not want to appear don't appear. Do not brand people. We are finding solution to this problem. Public opinion is important and it will not determine the outcome," the top court stated.

The Supreme Court also directed the government to file its response to a petition seeking reconstitution of the committee.

Hours after the Supreme Court on Tuesday (Jan 12) put on hold the three contentious farm laws and directed to set up a committee of experts to negotiate, the protesting farmers rejected the apex court's panel to end the ongoing impasse.

While they welcomed the top court's decision to put the three agriculture laws on hold, they rejected the setting up of the committee, which according to them would include members who had favoured the Centre's laws.

"We don't accept this committee, all the members in this committee have been pro-government and these members have been justifying the laws," Punjab farmers' unions had told the mediapersons adding that they would intensify their protests across the country.

"We think the government is bringing this committee through the Supreme Court. The committee is just a way of diverting attention," Balbir Singh Rajewal of the Bhartiya Kisan Union (R) told reporters at Singhu border outside Delhi, where thousands of farmers have been camped since the end of November to protest against the Centre's laws.

The groups said that even if the members of the committee were replaced, they would not take part in discussions with it.

"It's a good thing that the implementation of laws has been put on hold. It is a welcome decision but this was our right and we will accept nothing less than the repeal of farm laws," they said.