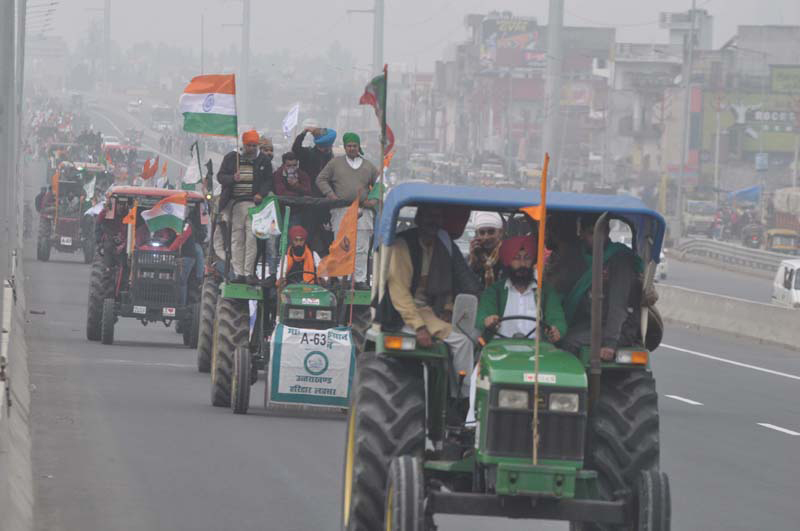 New Delhi/IBNS: Passing the buck to the Delhi Police, the Supreme Court on Monday said the national capital's administration would decide on how to handle the farmers' tractor rally, scheduled to be held on India's Republic Day on Jan 26.

Chief Justice of India (CJI) Sharad Arvind Bobde, leading a three-judge bench, said as quoted by NDTV, "Who should be allowed and the number of people to enter are all matters of law and order to be decided by the police. We are not the first authority."

In an application filed through the Delhi Police, the Centre told the court any rally or protest on Republic Day would cause an embarrassment to the country.

The farmers' leaders, who have called the rally on Jan 26, have said they would not disturb the Republic Day parade by holding their programme peacefully.

"We hope the Delhi and Haryana Police will cooperate in this. This parade will be peaceful," a leader said as quoted by NDTV.

Thousands of farmers are protesting at the Delhi-Haryana border since Nov 26, 2020 with their demands of the repeal of three farm laws, which have been dubbed as the agricultural revolution by the Narendra Modi government.

Though several rounds of talks between the representatives of both farmers and government occurred, the deadlock over the agricultural reforms seems to be far from resolution.

The Supreme Court last week issued a stay on the laws and constituted a panel of four members to look into the matter.

However, the farmers have rejected the panel terming the members as "pro-government".