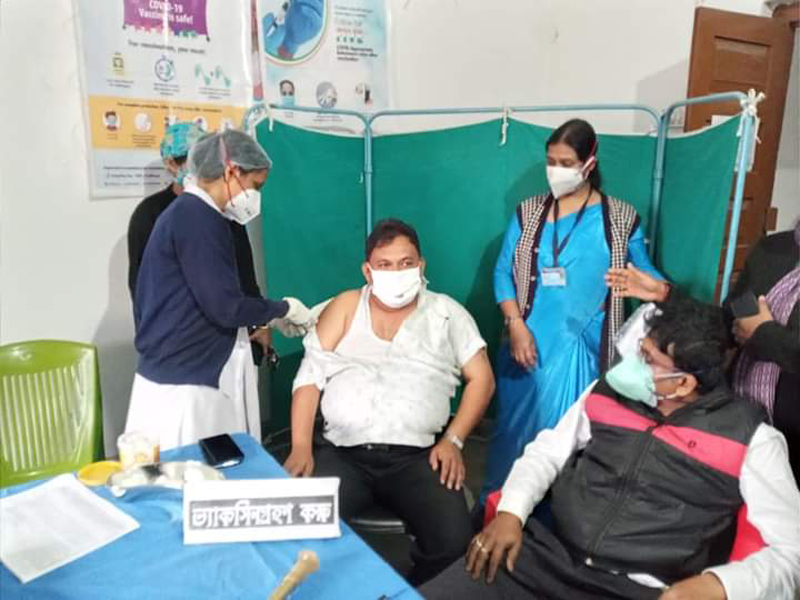 Kolkata/IBNS: In a bizarre scene in the politically-charged state West Bengal, several ruling Trinamool Congress members were found getting inoculated with Covid-19 vaccines which were meant solely for the health workers.

Several Trinamool leaders including a couple of MLAs in Purba Medinipur were caught receiving shots of vaccines on the first day of the world's largest vaccination drive on Saturday.

"Instead of following the National Policy of vaccinating healthcare workers first, #TikaChorTMC is stealing Covid-19 vaccines from those who need it most!"

The Kings of Cut Money @AITCofficial are leaving nothing behind!

Instead of following the National Policy of vaccinating healthcare workers first, #TikaChorTMC is stealing #CovidVaccines from those who need it most! pic.twitter.com/ty7nNJvrZ2

Facing criticisms, senior Trinamool leader and West Bengal Minister, Firhad Hakim, said, "This is a false campaign. A few people from our party have taken the shots. But they should not have taken them."

"Vaccines are not made by the central government. Moreover, our Chief Minister Mamata Banerjee also said the State would buy vaccines for people," he added.

Taking a jibe at Hakim, BJP state president Dilip Ghosh said, "Will vaccines be manufactured in Kalighat (where Mamata Banerjee's residence is located)?"

Ending months of wait, Prime Minister Modi on Saturday morning launched the world's biggest vaccination drive, which in the first phase will inoculate about three health workers, who fought against the virus risking their own lives since the outbreak of Covid-19 in Jan, 2020.