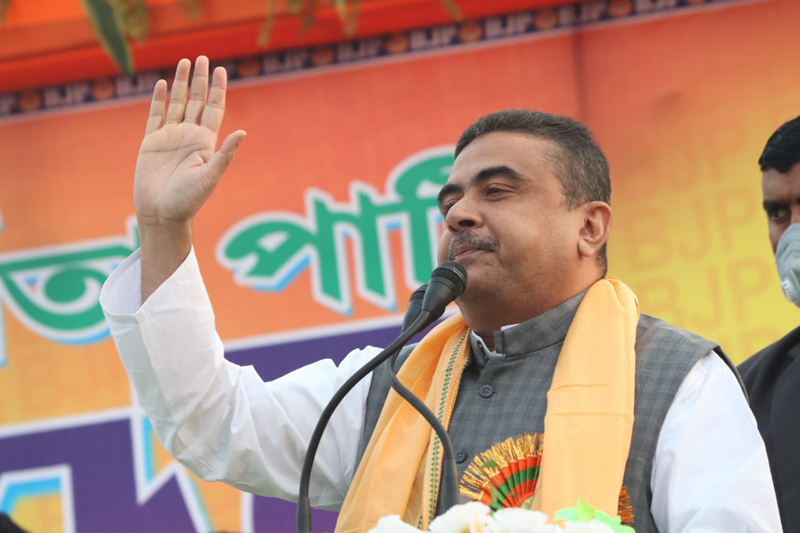 Adhikari, along with BJP state president Dilip Ghosh and Union Minister Debosree Chowdhury, will hold the roadshow from Tollygunge Tram Depot to Rashbehari More, which is close to Banerjee's residence.

This will be Adhikari's first political programme in the state capital Kolkata after he had left the ruling Trinamool Congress and joined the saffron camp.

Adhikari, who was a key member in the Trinamool, joined the BJP in presence of its tall leader and Union Home Minister, Amit Shah, after getting disgruntled over his former party's top brass.

After joining the saffron brigade, which is aiming to wrest power in West Bengal for the first time, Adhikari made sharp attacks on Banerjee's nephew Abhishek, a parliamentarian, accusing of involvement in corruption.

In various rallies over the last few weeks, Adhikari had also attacked the Trinamool top leadership for running the villages from south Kolkata, a posh urban area in the city.

South Kolkata, which is a stronghold of the Trinamool even from the days of the Left rule, was also the parliamentary constituency of Mamata Banerjee for years.