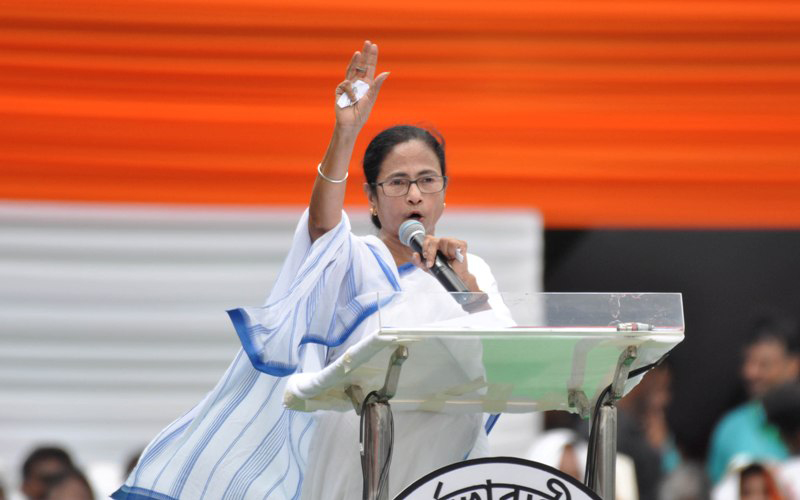 Kolkata/IBNS: West Bengal Chief Minister Mamata Banerjee will on Monday hold a rally in Nandigram, for the first time since the exit of her former lieutenant Suvendu Adhikari from the ruling Trinamool Congress.

Nandigram, which falls in Purba Medinipur, was the assembly constituency of the turncoat Adhikari, who had jumped to the Bharatiya Janata Party (BJP) in Dec 2020.

Adhikari, who was a key member in the Trinamool, joined the BJP in presence of its tall leader and Union Home Minister, Amit Shah, after getting disgruntled over his former party's top brass.

After joining the saffron brigade, which is aiming to wrest power in West Bengal for the first time, Adhikari made sharp attacks on Banerjee's nephew Abhishek, a parliamentarian, accusing of involvement in corruption.

Trinamool MPs Sisir and Dibyendu Adhikari, the father and brother of Suvendu Adhikari respectively, are likely not to be present at the CM's rally on Monday.

In an anti-climax to the exodus of the Trinamool, Siraj Khan, who was close to Adhikari, on Sunday went back to the party fold weeks after joining the saffron camp.

"I realised I cannot work in BJP because the ones who hadn't allowed me to work before are now in that party. I was given Khadya Karmadakshya instead of fisheries where I am good at," he said after joining the party.