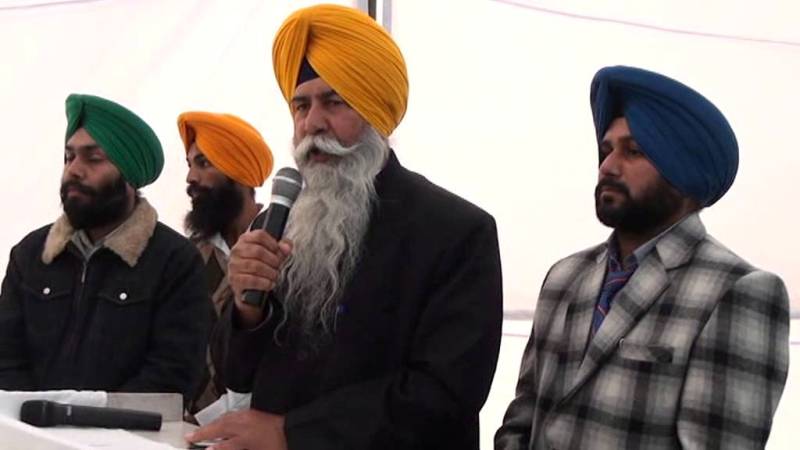 They are among the 40 people summoned by the probe agency in connection with the case.

The actor, who has backed the farmers' protest against the Centre's three contentious agriculture laws, has been asked to appear before the anti-terrorism agency at its Delhi headquarters on Sunday.

The others who have been summoned include officials of non-profit Khalsa Aid.

Reacting to the summons, Shiromani Akali Dal (SAD) leader Sukhbir Singh Badal alleged that the Centre was attempting to intimidate farmer leaders and those supporting them through central agencies.

"Strongly condemn the centre's attempts to intimidate farmer leaders and supporters of Kisan Andolan (farmers' protest) by calling them for questioning by NIA and ED (Enforcement Directorate). They aren't anti-nationals. And after failure of talks for the 9th time, it's absolutely clear that GOI (the Government of India) is only trying to tire out farmers," he tweeted on Saturday.

Strongly condemn Centre's attempts to intimidate farmer leaders & supporters of #KisanAndolan by calling them for questioning by #NIA & ED. They aren't anti-nationals. And after failure of talks for the 9th time, it's absolutely clear that GOI is only trying to tire out farmers. pic.twitter.com/3x5T8VNdph

Khalsa Aid, which has been supporting the farmers' protest by providing essentials items, issued a statement on Saturday, saying it will cooperate with the agency.

"We are deeply concerned to learn of the summons being issued by the NIA to individuals involved in the farmers protest, ranging from bus drivers to union leaders all have been summoned to appear before the NIA, being investigated as being 'anti-national' and supporting terrorism. Our Khalsa Aid India team on the ground have also been summoned and are being questioned/investigated...Our team will cooperate and answer any queries raised by the NIA team," it said.