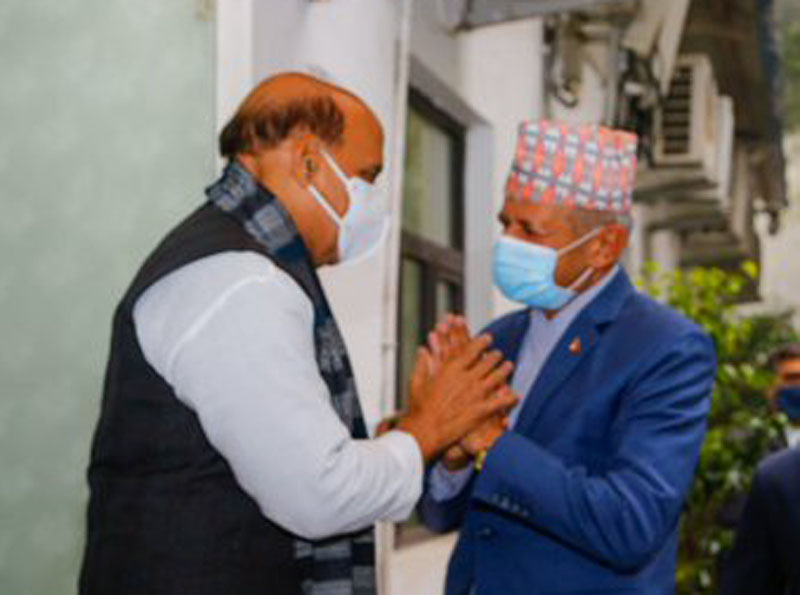 Defence Minister Rajnath Singh assured this to Pradeep Kumar Gyawali, the visiting foreign minister of Nepal who met him during the day.

Indian armed forces have wide experience of disaster relief operations both at home and abroad. During the 2015 earthquake in Nepal, India had launched Operation Maitri, deploying the Army, Air Force and other specialised teams.

Both the ministers expressed satisfaction at the excellent military-to-military cooperation between the two countries.

Singh said that India is looking forward for further deepening and strengthening the special relationship between India and Nepal.

On Friday, Gyawali denied there has been any change in Kathmandu's position on Gurkha recruitment in Indian Army.

"So far as the Gorkha recruitment in the Indian Army is concerned, it is a reality and one of the important components of our relationship," he said in reply to a question.

"Yes there are academic discussions in societies, in vibrant democracies, there may be different opinions in that regard, but so far the government of Nepal has not changed its position on this issue or made any new decision in that regard," said the foreign minister, who earlier called a previous agreement on the subject as redundant.

As per the India-UK-Nepal tripartite agreement of 1947, Gorkha Regiments serve in the British and Indian armies.

The Nepal foreign minister, who was in New Delhi, for the 6th India-Nepal Joint Commission Meeting which was held a day before.

During Saturday's interaction with Singh, Gyawali conveyed his greetings from the leadership of Nepal, and expressed his desire to deepen the bilateral relations.

He thanked India for all the assistance it provided to his country.

He also congratulated India on success in developing the Covid vaccine and launching the vaccination programme.