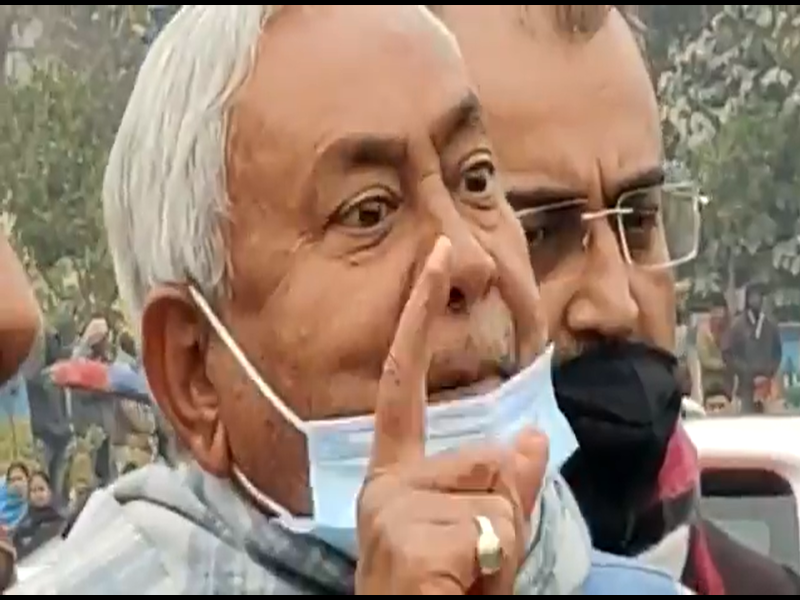 Patna/IBNS: Bihar Chief Minister Nitish Kumar on Friday lashed out at those trying to link the law and order situation in the state with the recent murder of Indigo Airlines official.

Speaking to the reporters on the sidelines of an event Nitish said he has directed  DGP S K Singhal to ensure that the killers of Indigo Airlines employee Rupesh Singh  are arrested as soon as possible, and a special team has been constituted to investigate the case.

"Criminals will be arrested irrespective of their connections," he assured.

Reportedly, Nitish Kumar lost his cool when some reporters confronted him with questions about IndiGo manager Rupesh Kumar Singh's killing on Tuesday.

He challenged them to come up with clues and help solve the case faster if they could.

Hitting out at the reporters he asked why they never targeted the high rate of crime during the 15-year rule of husband-wife (former chief ministers Lalu Yadav and Rabri Devi).

Rupesh Kumar's killing has prompted questions on the law and order situation in Bihar as he was shot dead outside his home just 2 km away from the chief minister's residence.

Murder of Rupesh Singh is a painful incident but it does not reflect the inefficiency of the police, the chief minister said, adding that instead of demoralising the police those making statements against them should think what happened before 2005 (during the rule of Rashtriya Janata Dal).

It is not that the criminals had informed the police before the murder and the police did not act proactively to prevent the crime, he remarked.