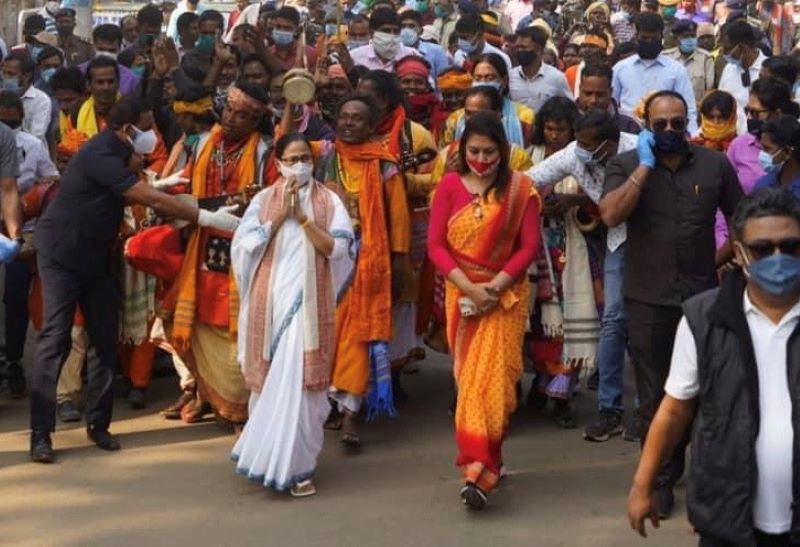 Kolkata/IBNS: A day after venting anger against her own outfit, rebel Trinamool Congress MP Satabdi Roy on Friday said she was still in the party fold following a meeting with the top brass.

Roy on Thursday alleged in her fans' club Facebook page that she was not kept in the loop of the Trinamool's political activities in her own constituency, Birbhum.

After a brief talk with Trinamool's new crisis manager parliamentarian Saugata Roy and West Bengal Chief Minister Mamata Banerjee's MP nephew Abhishek Banerjee, Roy, flanked by the party spokesperson Kunal Ghosh, said, "I have communicated my grievances to the top brass. I had a talk with party leader Abhishek Banerjee. I am still in the Trinamool and not going to any other party."

Roy also said she has backtracked from her earlier decision of flying to Delhi on Saturday and meeting Union Home Minister Amit Shah, who is a top Bharatiya Janata Party (BJP) leader nationally.

Just days after participating in the roadshow with Trinamool supremo Mamata Banerjee in Bolpur, Roy, a three-term MP, on Friday cleared that she would be meeting Shah, fuelling speculations over her joining in the list of turncoats.

Roy, who is known to have a strenuous relationship with Birbhum Trinamool district president Anubrata Mondal, was elected to the Lok Sabha in 2009, 2014 and 2019.