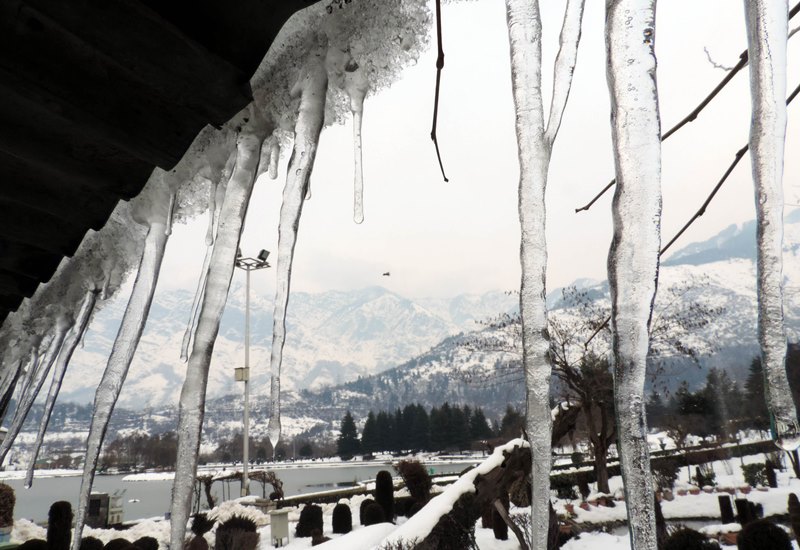 Srinagar records coldest night in 30 years at minus 8.4 degree

Srinagar/UNI: World famous tourist spot Dal Lake and other water-bodies were on Thursday frozen as Srinagar, the summer capital of Jammu Kashmir, recorded the coldest night in 30 years after the mercury dipped and settled at minus 8.4 degree Celsius.

The State Emergency Operation Centre (SEOC) Srinagar on Thursday warned people, particularly youth and children, not to walk on the frozen water of Dal Lake in the city, where hospitals have witnessed heavy influx of patients with broken bones following slipping on snow-bound frozen interior and link roads 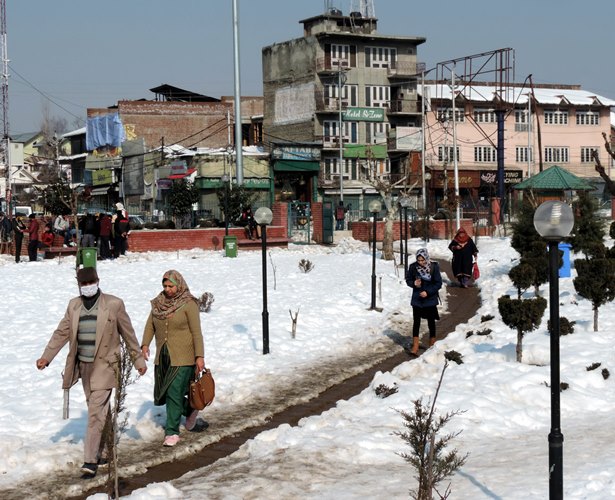 A Met department spokesperson told UNI that the city recorded the coldest night of the season so far at minus 8.4 degree, which is the coldest in 30 years. “We don’t expect the temperature to fall beyond this,” he added.

However, there was some relief from chilly weather conditions in the afternoon as sunshine greeted people though ice cold winds continued in the city. “The minimum temperature recorded in the city was about 6 degree below normal,” he added.

As the Srinagar Municipal Corporation (SMC) and other concerned departments  failed to clear snow in most of the lanes, by-lanes and interior roads, the pedestrian and vehicular movement remained badly affected due to slippery conditions.

People avoided walking on the roads as dozens of people were injured after they slipped due to snow which couldn't be cleared by the civic body immediately.

“I slipped yesterday and broke my wrist. The authorities haven't cleared the piles of snow accumulated due to continuous snowfall, leaving the roads wet and slushy, and dangerous to walk . I have to keep my plaster on from over a month,” Umiya, a resident of Nayak Bagh, told UNI. 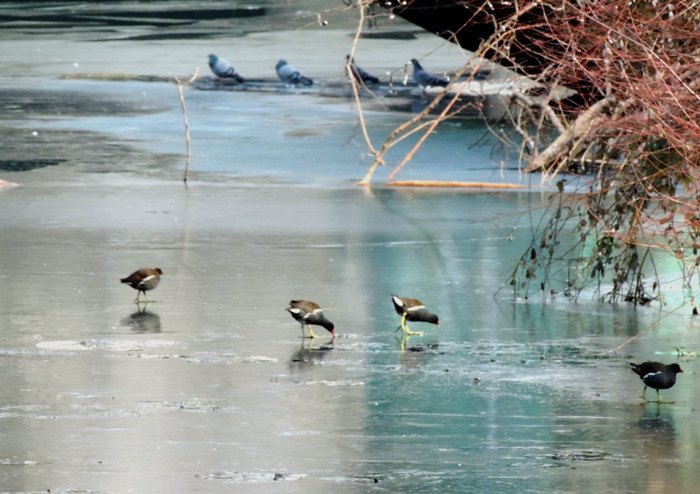 Similar complaints and reports of accidents came from other parts of the city.

“We have not even seen such a bad situation in the 80s, when SMC was not so powerful and there were no snow clearance machines. Authorities used to clear by-lanes and interior roads by engaging labourers,” Mohammad Ganai, an elderly resident of Srinagar told UNI.

Meanwhile, Shikarawalas were finding it difficult to row in the frozen parts of the Dal Lake, where Quick Response Teams (QRTs) of J&K SDRF and River Police have been deployed as a precautionary measure to stop people from walking  on the frozen lake. 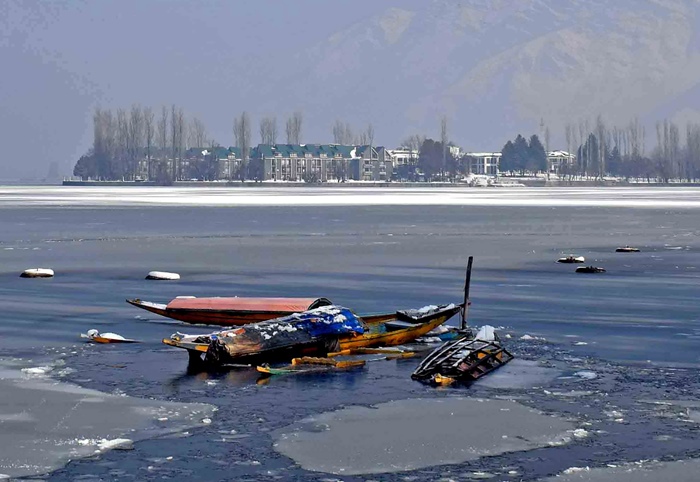 Tourists staying in houseboats and nearby hotels were pleasantly surprised to see frozen parts of the lake.

In 1965 the entire lake had frozen and a jeep crossed the lake from its one end to another. In the late 80s and 90s, the frozen lake became a major attraction for tourists and locals, presenting a rare photo op. Many played cricket on the frozen surface, making the best of the once in a lifetime experience. 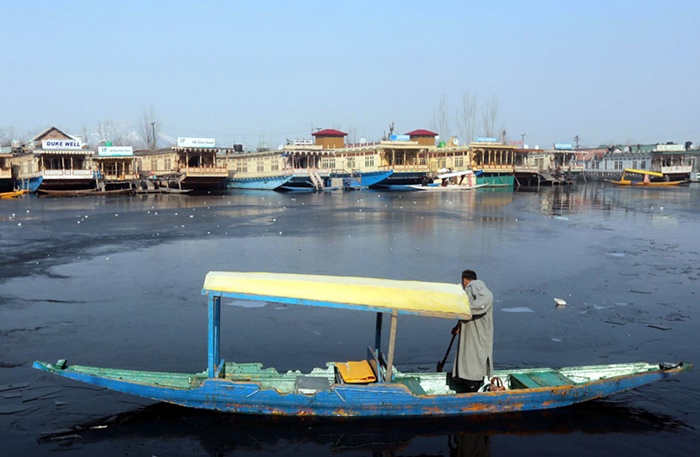 Later, walking and playing on the frozen surface of the lake was banned and police personnel were deployed to prevent any accident.

Very few vehicles were seen on the roads in the morning, moving at a very low speed due to slippery conditions in the city.

However, things changed after the sun appeared, much to the delight of people though icy cold winds continued.

Majority shops and business establishments, including those at the historic Lal Chowk, the nerve centre of the city, reopened only after 1000 hrs.

“Haresa”, the most popular winter dish in Kashmir witnessed a huge demand as customers rushed to the shops to get their share.

People complained of the lack of passenger transport service in mornings and evenings and alleged that three-wheelers and cabs were charging them much more than the usual rate.

People in many areas, including in the outskirts, also complained of water shortage.

“Our taps were frozen due to the low temperature,” they said and hoped that things would  improve as the day progresses.