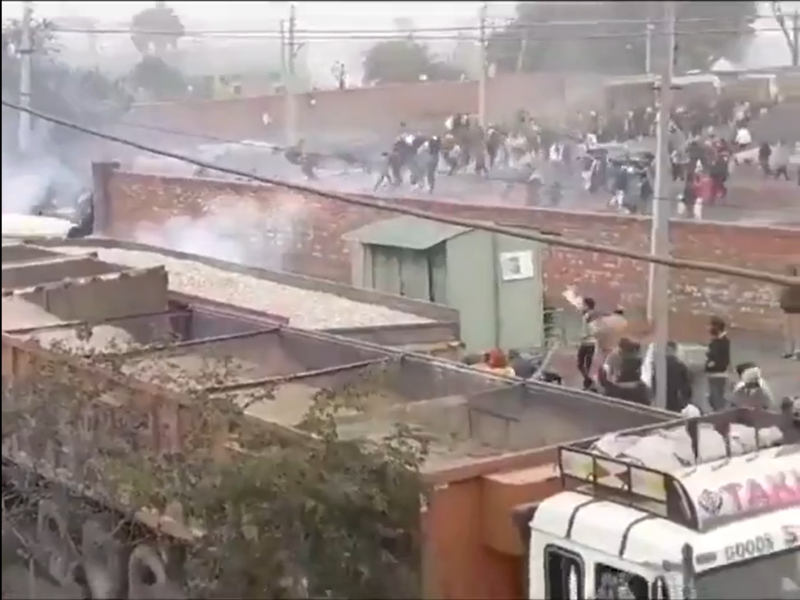 Karnal/IBNS: Haryana Chief Minister Manohar Lal Khattar called off his "Kisan Mahapanchayat" on Sunday, after farmers agitating against the new farm laws ransacked the meeting venue in a village in this district, forcing the state police to use tear gas and water cannons on them, said media reports.

The police resorted to counter-action against the farmers when they attempted to enter Kemla village but they managed to make it to the spot where the panchayat had been organised and destroyed the arrangements.

To show their protest and refuse any attempts by the BJP-led Haryana government to appease them, the farmers carried black flags and raised slogans against the incumbent regime as they went on rampage. They tore banners, flung chairs and other arrangements, said media reports.

The Chief Minister's meeting with the farmers was organised as part of BJP's country-wide outreach programme to clear doubts on the agri-laws and  highlight their benefits.

Media reports said barricades were also put up at the various entry points to stop protesting farmers from entering the programme venue where at least 2,000 farmers, most BJP supporters, were waiting.

Thousands of farmers mainly from Punjab, Haryana and some parts of Uttar Pradesh have been camping on the Delhi borders for over a month now, demanding the repeal of three new laws.

So far, the Centre has held eight rounds of talks with the farm union leaders but failed to break the impasse. The next round of talks are scheduled on January 15.