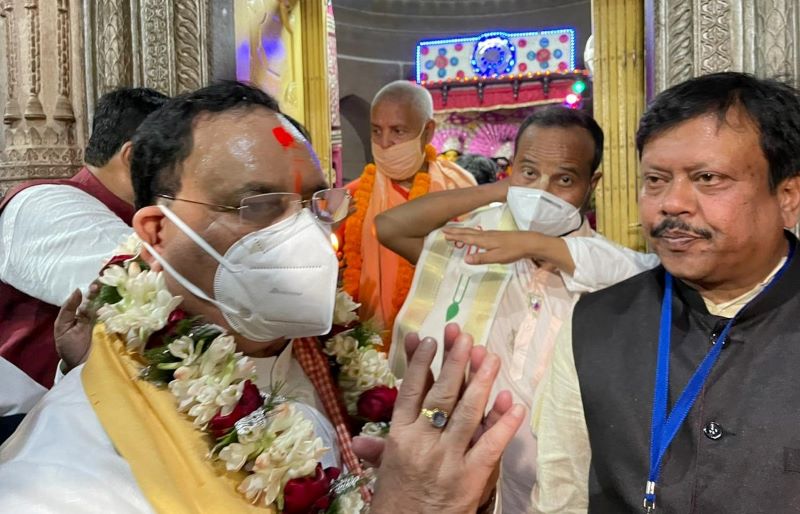 Nadda was greeted with traditional fanfare by the tribal community as well as party followers at the Andal Airport in West Bengal's Paschim Bardhaman district.

The top and senior BJP leadership of the state, including party's main observer Kailash Vijayvargiya, state president Dilip Ghosh and a huge number of followers received Nadda while he came out of the airport.

His arrival was delayed by an hour as his plane took off late due to poor visibility in Delhi.

Vijayvargiya and Rahul Sinha said they have taken extra precaution for Nadda's well being and safety this time considering an attack on his convoy allegedly by the Trinamool activists at Diamond Harbour in South 24 Parganas when he visited the state late last year.

"It is the duty of the state government to ensure the security of a visiting national leader and if this does not happen the BJP is well prepared to handle the safety of their leader," said Vijayvargiya, who was injured during the attack along with Mukul Roy.

Nadda is scheduled to have lunch in a farmer's house at Katoa in East Burdwan after praying at Radha Gobinda Mandir.

He would also clear the apprehensions surrounding the farmers bills brought by the Central government and go to the farmers' houses before leading a road show in the district.