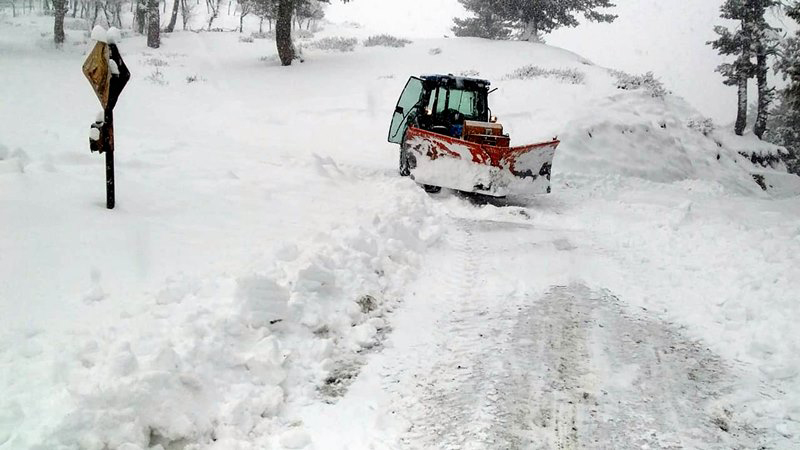 Srinagar/UNI: A fresh avalanche warning has been issued during the next 24 hours for the upper reaches in Jammu and Kashmir, where light to moderate snow and rain has been predicted till Tuesday.

An official of Jammu and Kashmir Disaster Management Authority said that medium and low levels avalanche could occur at upper reaches of avalanche-prone areas of J&K.

''Medium level avalanche warning has been issued for upper reaches of Poonch, Rajouri, Ramban, Jawahar Tunnel, Doda, Kishtwar in Jammu and Anantnag, Kulgam, Kupwara and Tanghdar in Kashmir,'' he said.

Similarly, he said low-level avalanche warning has been issued for upper reaches of Gulmarg, Gurez, Kanzalwan, and Sonmarg in the valley.

He said people living in these avalanche-prone areas are advised not to venture out to avoid loss of lives.

A Met department spokesperson told UNI that light to moderate snow would occur during the next 48 hours in Kashmir valley under the influence of a Western Disturbance (WD) which is active in the region.

''The WD, which originated from the Arabian Sea and approached the region through Afghanistan and Pakistan, hit the region on Saturday night,'' he said, adding the weather is expected to improve from Thursday onwards.

He said a weather warning has been issued for Monday and Tuesday, when heavy rain and snow could occur at isolated to some places in the valley.