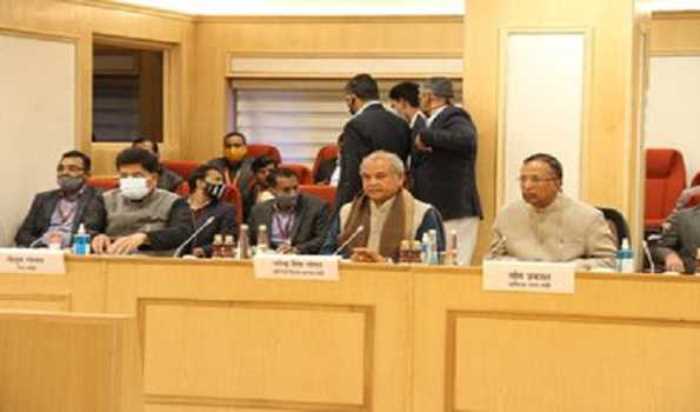 New Delhi/UNI: In order to end the logjam over the three contentious farm laws, ministers representing the central government and farm union leaders on Monday began their seventh round of meeting here.

Two key demands of the farmers are expected to be on the table for consideration by the government.

Agriculture Minister Narendra Singh Tomar, Minister of Railway Piyush Goyal and Som Parkash, along with government officials and representatives of farmers, observed a two-minute silence for farmers who died during the ongoing protest.

Upping the ante, Samyukt Kisan Morcha, the platform of farm unions, has said that thousands of farmers will drive into New Delhi on their tractors to hold their own Republic Day parade if their demands are not met by January 26.